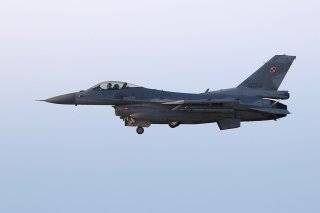 In recent weeks, NATO engaged leaders from Central Asia and the Caucuses at its headquarters, identified providing support to combating climate change as an alliance task, continued its coronavirus counter-disinformation campaign, developed a deconfliction mechanism for addressing concerns between Turkey and Greece, announced finalists in defence innovation challenges, and reviewed its gender diversity and equality agenda. It did this while managing a steady pace of executing air, land, sea, and cyber exercises across the widest stretches of Europe and executing its missions in Afghanistan, the Mediterranean, and Kosovo (yes, NATO is still leading operations in Kosovo). In the last few days, Defence Ministers gathered to prepare for next year’s New START discussions, review baseline resilience requirements including 5G as part of a larger vulnerabilities report, and endorse a new NATO Space Centre at Allied Air Command in Ramstein, Germany.

While NATO is currently reviewing its strategic concept and military approach, it realistically knows that the American president will have a big say in it in 2021. How NATO deters and defends needs to change. The alliance needs to make better use of its global platform and shift its focus to resilience and coordination of national capabilities that far outpace the limited assets it can command and control.

NATO makes the United States safer. The alliance increases its members’ collective capabilities and offers the only standing organization to rapidly pool them together. It is resilient and provides a forum that Washington has been able to depend on for over seventy years. As a former secretary-general said under a Chatham House rule, “If we get rid of NATO, we’ll just have to create a new alliance—and it won’t be as effective.” While its bedrock is collective defence, its treaty offers more to be leveraged. Over the past two decades, NATO expanded its membership as it further stretched its functions. It is clearly capable of conducting a broad range of operations with and for its members beyond that of large-scale collective defence. It offers a network, a community, and a toolset—although arguably not the perfect collection of tools—to shape the environment and enhance internal and external stability.

The United States has requested and benefited a great deal from this collective toolset over time. While that optic is sometimes inverted in public perceptions, Richard Fontaine of the Center for New American Security pointed out that the United States helps Europe because, in doing so, it helps itself. NATO offers allies a form of insurance and the United States has collected on numerous claims. Plus, in sitting at the helm of NATO as its largest contributor, the American president has an outsized ability to guide the alliance into its eighth decade. The harder question is that of which path to set and how to steer coherently towards it.

The last round of growth in the alliance capabilities is known as NATO’s Command Structure - Adaptation. In 2017, defence ministers agreed to build new structures—including what is now a third Joint Force Command in Norfolk, Virginia and an Enablement and Logistics Command in Ulm, Germany. The ministers also endorsed the establishment of a new cyber operations centre to integrate national cyber capabilities and grew posts in numerous headquarters to better connect its parts. This was coined “adaptation.” Within the alliance, the initial iteration of adaptation was focused on structure with hints of substance within it.

One could argue that the cart was put before the horse, yet much transpires behind the curtain. Presidents and ministers likely possessed implicit reasons for endorsing this expansion in NATO headquarters and capabilities. Since approval for growth came before a clear strategy on paper, the opportunity for shaping continues.

As David Barno and Nora Bensahel rightly point out, adaptability is an essential attribute of successful militaries. Allies have many good reasons to make significant changes based on the fact that we are living in a period of exponential change in both politics and the environment. What is most concerning is that the ‘adaptation gap’—described as a gap between the war that is predicted and what is more likely to unfold—is growing for the United States and most prominent at the theatre and institutional levels. Yet, “improving the ability to adapt in the next war is just as important as preparing to fight.” If this is true, the adaptation challenge is compounded in an alliance that moves at the collective speed of thirty nations and carries that inherent baggage in objectively considering any new risk calculus.

The idea of resilience is enshrined in the North Atlantic Treaty’s Article III even though Article V usually takes the international stage’s spotlight. According to the alliance, “each Ally needs to be resilient to resist and recover from a major shock such as a natural disaster, failure of critical infrastructure, or a hybrid or armed attack… separately and jointly, by means of continuous and effective self-help and mutual aid...” In this era marked by a pandemic, increasing natural disasters, grey zone hybrid activities and exponential technological changes, every nation can use all the resilience it can muster.

In May of 2019, the chiefs of defence approved a new NATO Military Strategy. This broad look was the first of its kind since the Cold War. These parameters were used to guide NATO Military Authorities—the Chairman of the Military Committee, Supreme Allied Commander Europe, and Supreme Allied Command Transformation—in the development of new operational and capability development capstone concepts. In their words, this included “the necessary recommendations to ensure NATO exploits opportunities and innovative approaches.”

This work continues and timing is optimal for key leaders to lean in and shape what the alliance does with investments. Amidst the ongoing challenges of coronavirus, natural disasters and internal skirmishes within alliance borders and beyond, NATO will evolve its operational raison d’etre. Summit decisions, as promulgated in Communiques and Declarations, have tremendous impacts. Preparation for the 2021 summit will begin in earnest as soon as the outcome of the U.S. election is clear.

The question becomes what should the president pursue?

First, the president should acknowledge that NATO makes every member, including the United States, stronger. Allies may have disagreements on contributions, and these are not to be taken lightly. America must clearly communicate that the world depends on the principles and calibrated, stabilizing force NATO provides, and the United States itself is a part of that group of benefactors. This should not lead to a debate about expansion; that is not the point. Nor is this about debating the scope. NATO is a platform and its leadership should champion a broad range of security issues. This does not mean it needs to manage programs on every topic it touches. The internal focus should be on the recalibration of tools to enhance stabilizing effects the alliance provides to the international order, including strategic communication. The president should also project a message of confidence in NATO and the important functions it provides. Given adversaries and challengers do not have such an asset at their disposal, he would be wise to champion it.

Next, the president should lead a shift from emphasizing Article V to emphasizing Article III. Defence requires preparation and readiness for the unlikely potentiality of large scale armed conflict. Deterrence requires resilience at national, regional and alliance-wide echelons. This does not mean that the alliance should turn a blind eye to Article V. Leadership should place equal emphasis on what it means to uphold and pursue adaptation in line with a thorough, substantive look at Article III. Article III brings to light the importance of resilient societies and institutions—a key point given the population-centric competitions and conflicts in the recent past. This approach allows for NATO to take deliberate actions that address challenges and opportunities emanating from China through a focus on internal fortitude. It also makes ample space for Article II, contribution to developing peaceful international relations and strengthening their free institutions. Efforts that enhance resilience at national levels and within regions are an essential element of comprehensive defence; they strengthen nations against any challenger.

Finally, the president should appreciate that at the core of NATO is thirty individual nations with a lot more capability than that which they are willing to place directly under the alliance’s control. This reality needs to be embraced through new mechanisms to shape the alliance’s future plans and posture. Rather than focusing on how the alliance would command and control forces in a worst-case scenario conflict and exercising it, NATO civilian and military authorities should put as much focus on efforts that coordinate and amplify national activities in peacetime. This includes a deliberate political-level push to better incentivize and leverage what nations are willing to share and incorporate activities they are conducting individually or multilaterally. Doing so will enhance resilience and vastly improve effects in shaping, contesting, deterring and preparing for the spectrum of possible futures. This shift in emphasis on the synthesis of opportunities, alignment of narratives, and implementation of new concepts and technologies is not primarily focused on preparation for large-scale warfare. It is about leadership, vision and strategy for the here and now. Coordination is arguably harder to conduct than executing clear command and control, and this shift incurs a different kind of risk. This premise is based on the fact that a network can deliver significantly stronger outcomes than a few dedicated nodes if designed effectively.