NFL Sunday Ticket Will Soon Have a New Home 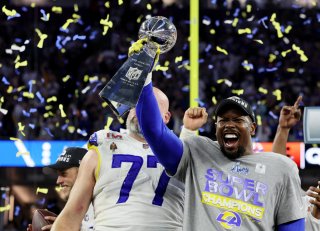 With the NFL season over, there is growing speculation about what will happen to the NFL Sunday Ticket out-of-market games package. While DirecTV has held the exclusive rights to the package since it first launched in 1994, that deal expires after the 2022 season, and NFL Commissioner Roger Goodell has been clear that the league wants to find a new partner to stream the package.

Various companies have been mentioned in media reports as possible suitors for the Sunday Ticket package, including tech giants like Apple and Amazon, as well as traditional media companies like Comcast/NBC and Disney/ESPN.

This weekend, two new reports looked at the latest state of play for the future of the Sunday Ticket Package. According to Pro Football Talk, “the only semi-certainty is that the long-time relationship with DirecTV will end. Where the product goes continues to be an open question.”

That report added that the winning bid for the package could be as high as $7.5 billion a year, which would triple the rate currently paid by DirecTV. It remains unclear whether the package will still look the way it does now, or if Sunday Ticket will begin offering subscriptions to one individual team or even individual games.

It’s unclear what the league’s timetable is for a decision on the Sunday Ticket bidding. The Annual League Meeting, during which team owners gather to discuss league business, is scheduled for March 27 to 30, although it’s not known if the decision will be made then.

Pro Football Talk’s report also explored how the package might be broken up. “However it’s structured, it will be a streaming service, first and foremost,” the report said. The report added that “although it seemed possible that the NFL would retain DirecTV as the satellite provider and sell the streaming rights to a tech company, it now appears … that the league will sell the whole package to a tech company, which then may break off satellite rights to be sold only to consumers … who lack access to the kind of Internet service needed for reliable streaming.”

The report noted that the satellite piece could conceivably go to Dish Network rather than DirecTV, or possibly both. The two companies are reportedly in merger talks once again.

Over the weekend, CNET also examined the state of the Sunday Ticket bidding. CNET talked to Robert Thun, DirecTV’s chief content officer, about where things stand.  "The NFL … I don't think they were interested in an exclusive relationship beyond the term of our underlying deal,” Thun told the site. "And what form the licensing takes with one partner or many is still undetermined, and we'll see how that plays out."

"I think that for Direct TV, they have a lot to lose if they don't have it," Brett Sappington, vice president of research firm Interpret, told CNET about the bidding. "The real question for the others is what do they feel like they have to gain? A number of companies, I think, see the NFL and potentially streaming rights for NFL out-of-market services as being a real key to how they could really extend what they're doing in the streaming space.”

The NFL is also accepting bids for a stake in the league’s media arm, which includes NFL Network and NFL.com.

Other sports leagues, including the MLB and the NBA, have already adopted many of the innovations proposed for Sunday Ticket. The MLB’s MLB.tv allows users to subscribe to the games of one individual team at a lower price point than what is charged for the full league. MLB Extra Innings was also formerly exclusive to DirecTV before the package became available through cable systems and other means in 2007.

This news arrives amid clear signs that the NFL is eying the streaming future. In new TV deals announced last spring, the NFL re-upped with CBS, ESPN/ABC, NBC, Fox, and Amazon. The deal includes streaming provisions with all of the broadcasters and makes Amazon Prime Video the exclusive home of Thursday Night Football.

The deals are worth $113 billion over eleven years, an 80 percent bump over the league’s previous TV deals. “These new media deals will provide our fans even greater access to the games they love. We're proud to grow our partnerships with the most innovative media companies in the market," NFL Commissioner Roger Goodell said in a statement at the time.