NFL Ticket Could Be Leaving DirecTV: Are Fans Happy? 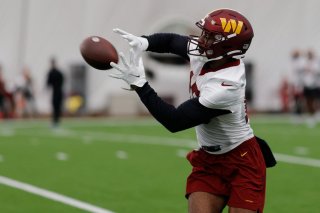 It’s widely believed that NFL Sunday Ticket, the out-of-market package of NFL games that have been exclusive to DirecTV since it first launched in 1994, will move to a streaming partner beginning with the 2023 season after its longtime deal with DirecTV expires. NFL commissioner Roger Goodell has himself said that he would prefer that outcome.

It’s unclear who the partner will be, or when a decision will be announced. Recent reporting has indicated that Apple has a “done deal,” or something close to it, to become the new partner, although that hasn’t been confirmed. Other contenders, as reported at various times, including Amazon, Disney/ESPN, and Comcast/NBC. It’s also been suggested that DirecTV could remain as the satellite partner for the Sunday Ticket service, or that multiple services could share the rights. Other reporting has indicated that the NFL and its partner may allow viewers to subscribe to the games of a single team or possibly even single games.

The idea of Sunday Ticket moving to a streaming service is that it would open up the service to more viewers, beyond that who are subscribers to DirecTV at home, or who frequent bars and restaurants that offer the service. But not much attention has been given to the question of what potential customers think of the idea of Sunday Ticket streaming.

The Athletic this week did just that. The sports website asked readers to sound off on what they think of the possible change. Some viewers in rural areas, where satellite service is the only option, worried about what that meant for their access. Others worried about whether the DirecTV version of NFL RedZone would continue to be available. Another complained about lackluster customer service on the part of DirecTV.

“I can’t wait for the contract to end. Over the years, they just kept getting more and more expensive and they never listened to customers who were requesting single-team access within the U.S. (they do offer a package for non-U.S. residents for $99). As far as I’m concerned, they can get bent,” one subscriber told The Athletic.

“You can’t watch more than one game at once,” one viewer said. “Say you have two TVs side-by-side in your living room; you can only sign into one device at a time with your Sunday Ticket credentials. That’s extra frustrating in the 1 p.m. time slot because there are so many games playing at once. I understand limiting concurrent logins to fight account sharing, but it would be better to have a system like Netflix that allows a certain number of simultaneous logins per household.”

One bar owner, meanwhile, told The Athletic that “we pay an insane amount of money for Sunday Ticket — $1,000 per month for the duration of the season.”