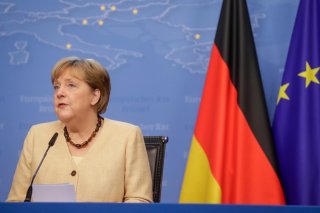 Regardless of the result of Germany’s upcoming elections, European-Russian relations will doubtless improve in the coming years. Although the future German government is likely to favor Europe’s engagement with Russia, several European Union countries are reluctant to engage unconditionally in dialogue with the Kremlin.

Five out of six major political parties running for the parliamentary seats support or, at least, do not oppose dialogue with Russia. The Christian Democrats (CDU/CSU), Social Democrats (SPD), and Liberals (FDP), despite their criticism of Putin’s domestic and foreign policies, support the re-opening of communication channels with Russia and they do not oppose the completion of the Nord Stream 2 pipeline. The far-right nationalists (AfD) and the Left (Die Linke) favor close cooperation with Moscow. Only the Green Party (Die Grünen) stands for a tough and value-driven policy toward the Kremlin. Annalena Baerbock, the Greens leader, publicly declared her intent to “increase pressure on Russia” by imposing new sanctions and canceling the Nord Stream 2 project.

Based on the mid-summer polls, no political party is expected to win an outright majority in the Bundestag, and the projected coalition government would be led by CDU/CSU or Die Grünen. Should CDU/CSU become the leading governmental party, it is likely that Berlin will promote political dialogue and economic pragmatism in European relations with Russia. Many politicians in the center-right Christian-democratic alliance believe that global challenges, such as climate change, require international cooperation, including both China and Russia. Armin Laschet, CDU/CSU leader and the leading candidate for the chancellor, already stated that he would urge Europe to re-enter a dialogue with Russian president Vladimir Putin. Even though the Greens’ victory would strengthen a hardline EU policy toward Russia, the party would need to take into account Russia-related positions of its coalition partners.

Berlin’s intentions are likely to encounter stiff opposition from Germany’s European partners. Several EU countries have been reluctant to engage without preconditions in dialogue with Vladimir Putin. Last June, the EU summit rejected the France-Germany proposal to re-activate high-level talks with Russia. While some countries, such as Italy and Austria, supported the Macron-Merkel proposal of holding a summit with Russia, others, like the Baltic States and Poland, were highly critical. For example, Polish prime minister Mateusz Morawiecki listed “an actual de-escalation and actual withdrawal from the aggressive politics” by the Kremlin as a precondition for any “direct dialogue on the highest political level” between the EU and Russia. Instead of proposing to hold formal talks with Moscow, the European Council called for the Russian leadership to “demonstrate a more constructive engagement and political commitment and stop actions against the EU and its member states, as well as against third countries.” Although the European Council agreed to “explore formats and conditionalities of dialogue with Russia,” it remains uncertain what “formats and conditionalities” could be accepted as EU’s common stance by all twenty-seven countries with their own divergent approaches to Russia. The ongoing internal challenges within the EU over not upholding the rule of law and renouncing democratic principles by Poland and Hungary will also continue to fuel political divisions and the growing distrust among the member states. Any initiative on the part of Berlin to ease European-Russian tensions will almost certainly be received in some European capitals with apprehension.

The European Commission president Ursula von der Leyen has recently tweeted that the EU-Russia relationship “is on a negative spiral.” Whatever the German voters decide, the odds are that the tension on the EU’s eastern flank will remain palpable.