No ‘Banana Republic’: The FBI’s Was Right to Search Mar-A-Lago 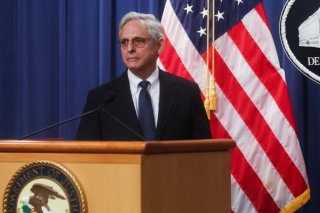 The imperial presidency did not begin with the Donald Trump era, nor did chief executives who have tried to take advantage of the flow of constitutionally assigned powers from Congress to the president from the beginning of the twentieth century to the present. However, Trump has stretched “executive privilege” claims and his alleged right to declassify government national security documents to the point of absurdity—as demonstrated by his response to the FBI search of his Mar-a-Lago home and resort. Yet the reaction of politicians, the media, and the public to the search has exposed in sharp relief the excess reverence for the presidency that has accumulated over recent American history.

Most of the American Right, which is supposed to be for conserving the original meaning of the Constitution, is now reflexively supporting the former president—a populist whose views before becoming president were reminiscent of a labor Democrat, who dramatically expanded the federal government, and who had a remarkably cavalier attitude toward staying within conservative-revered constitutional norms and precepts—just because he has an (R) behind his name. While it’s true that the FBI has had past abuses, that the legal system presumes that everyone is innocent until proven guilty, and the Constitution’s Fourth Amendment gives people the right to reasonable search and seizures by the government, the rule of law is the bedrock of the American Republic. The rule of law just means that everyone is supposedly treated the same legally—having the same rights and responsibilities under the law.

If anything, law enforcement has given Trump preferential treatment compared to any other government employee who flagrantly ignored the laws and long-standing executive orders on highly classified material, stole it for unknown ends, and stored it in a vulnerable spot. The National Archives demanded the documents back and received some of them. Then the Justice Department subpoenaed the remainder and took some more away, with Trump’s lawyer guaranteeing in writing that no more were held at the president’s seaside resort. Only after an apparent tip from an insider who said that even more remained did the FBI search the mansion. And they did so discreetly without even their customary FBI jackets! Any other government employee holding such a treasure trove of secrets probably would have been arrested on the spot for at least obstruction of justice.

Instead, Trump was able to use his vast megaphone to expand his martyrdom by announcing the secret search and then disparaging the FBI. Politicians from the right reflexively attacked the FBI—some wildly saying they were acting tyrannical or like the Nazi Gestapo—for carrying out a legally obtained search warrant. They tempered their criticism somewhat after information came out that the FBI had, in fact, gone the extra mile to get the documents back before resorting to the rather delicate search of the Mar-a-Lago premises. However, they are still aghast that a former president—apparently no matter what his alleged offenses—should be treated so shabbily.

Yet even more dispassionate analysts are skittish about advocating the prosecution of an ex-president, fearful that the United States will appear like a banana republic for holding a corrupt, authoritarian chief executive to account. They are also afraid that Trump will try to stir his ruffians to violence, which he is already attempting. However, if the United States appears as a banana republic, it is because clownish, corrupt, incompetent, megalomaniacal, and law and constitution-busting Trump was elected in the first place, not because he is held to account. Of all of Trump’s potentially illegal transgressions, this one is the closest to an open and shut case. Instead of chomping at the bit to defend the indefensible, those on the Right should quietly let the Justice Department do them the favor of getting rid of the perennial loser, which they are afraid to do because it would rile up their political base. The department needs to indict the former president for at least obstruction of justice, which would show that no person is above the law, that in America, true villains are punished no matter how exalted, and that constitutional structures still constrain even an imperial presidency.