No, 5G Does Not Cause Coronavirus 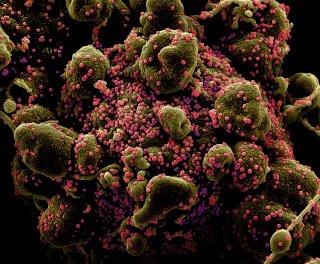 5G is the fifth generation network for wireless technology, and the successor to 4G, which has been the standard since around 2012. It began rolling out in 2019 and is ramping up throughout his year. The Samsung Galaxy S20, which came out last month, was the first major smartphone that runs entirely on 5G; the first 5G iPhone is expected to arrive later this year, barring supply chain delays.

And also, according to a very far-fetched new conspiracy theory, 5G is to blame for the creation and/or spread of coronavirus.

According to Business Insider, the theory has been gaining steam since the initial spread of the virus in January. It appeared based on a misunderstanding that Wuhan, China, where coronavirus is believed to have originated, had been the first place to roll out 5G. This was combined with pre-existing theories about 5G suppressing human immune systems or otherwise doing harm to the human race. Another version of the theory blames the virus on Bill Gates, the Microsoft founder-turned-philanthropist who has been warning for years about a global pandemic.

The theory escalated into actual destruction in the last week, with the BBC reporting at least three incidents in the U.K. of fires being set at 5G towers. The conspiracy theory has spread by social media posts, including some from famous people like actor Woody Harrelson and singer M.I.A. Harrelson posted a video to Instagram that purported to show people in China tearing down a 5G tower.

It should perhaps go without saying that there is absolutely zero evidence that 5G networks have anything to do with the cause or spread of coronavirus.

According to a "Reality Check" published by the BBC, a professor named Dr Simon Clarke has described the connection as "complete rubbish."  Dr. Clarke added that the low-frequency radio waves from 5G towers are "nowhere near strong enough to affect the immune system. There have been lots of studies on this.”

Indeed, a study released this month by the International Commission on Non-Ionizing Radiation Protection found no health effects for 5G at all.

Another expert quoted by the BBC added that viruses and electromagnetic waves have nothing to do with each other. Plus, coronavirus has begun to appear in parts of the world where 5G has yet to roll out.

In addition, per CNET, there are multiple versions of 5G networks, and the first ones rolled out in China last November, months before the first coronavirus cases.