No Cloaking Device Here: F-22 Stealth Fighters Can Be Tracked 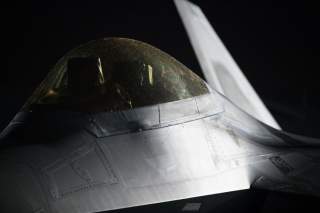 “Does the mission require a cloaking device or is it OK if the threat sees it but can’t do anything about it?”