No Doubt: The Colt Python Was the Perfect Revolver 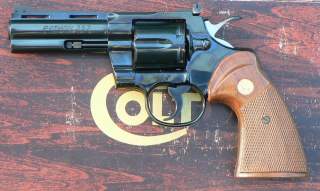 A mixture of firepower, good design, beauty and craftsmanship, the Colt Python was the perfect revolver.