No Meds for You: Coronavirus Could Wreak Havoc On Our Pharmaceuticals 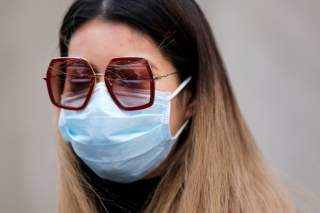 We all know that many Chinese factories are idle in an attempt to prevent the spread of COVID–19. This is already affecting global stock markets in the expectation it will undermine corporate profits, but we may soon have a deadly problem to rival the deaths from the disease itself — drug shortages. Drug executives will meet at the White House today, probably to discuss cures or vaccines for COVID–19.  This is good news, but it won’t do much about impending supply problems.

The Wall Street Journal reports that western pharma companies are relatively well positioned, although FDA warns there is already one unspecified shortage likely due to COVID–19. Informed sources tell me that the drug in question is valganciclovir, used to suppress infections, often post-transplant or in otherwise immunocompromised patients, such as those with HIV (or perhaps COVID–19).

China is the world’s largest producer of chemicals, and every pharmaceutical company is in some way linked to China. Most large western companies have broad supply chains and can source from many different locations, in case of shortages in one. They probably have 3 or 4 months of stocks of ingredients, so a short shut down in China shouldn’t affect brand name products anytime soon. But most of the world’s generic medicines come from India. And India gets at least 70 percent of its ingredients from China and it holds fewer stocks, so Indian companies are more at risk of supply disruptions. Last year over $2.4 billion of active pharmaceutical ingredients (APIs) were sold to India from China.

Indian media “reports about a recent surge in prices of paracetamol, vitamins, and penicillin. ‘Some of the scare is also due to [the] artificial shortage of APIs created by traders who started hoarding APIs as soon as they heard about the onset of the epidemic’, B R Sikri, chairman of the Federation of Pharmaceutical Entrepreneurs, an industry body, told The Lancet.”

One of the criticisms I have made of the Indian drug industry (and in particular Cipla, its fourth largest company) is that it is too close to its government, which has led to cover-ups of bad acts by Indian pharma, a weak regulatory environment, and a desire by the government to promote Indian pharma even when the opposite should be the case. Cipla’s first CEO pushed the Indira Gandhi government to cancel product patents fifty years ago and today Cipla’s relationship with New Delhi is as robust as ever. Right now this too-close relationship has an upside.  Cipla has got the Indian Government to air-lift six tons of chemicals from China for it, to ensure it could keep production going.

Among other substances Cipla required, the air-lift included “fluticasone, adenine, artemisinin, triacetyl ganciclovir, dibenzyloxy guanine intermediate, and cyclohexane carboxaldehyde.” These will make anti-inflammatories, proteins and anti-malarials, and be used in “toxicity and other chemical studies.”

Right now, there seems to be no sense of panic. I spoke with a variety of contacts in the internet pharmacy business that receive a lot of medicines from India and there are no shortages in Indian supply yet. But it’s possible Indian manufacturers may run out of key ingredients within two weeks. If so, expect price hikes and shortages, at first in emerging markets and then here too.

Also, I pointed out four months ago that antibiotics were probably too cheap.

This leads to two relevant problems. First, nearly all antibiotic manufacturing is undertaken in Asia and hence is subject to the pressures discussed above (especially closed factories and limited stockpiles). Second, we are dealing with private businesses that have worried shareholders due to lost production. So as ingredient prices increase, ingredients will be applied to making more valuable medicines, and prior to that more valuable ingredients will be made in the first place. And by more valuable I mean expensive, not important to public health. So cheap medicines that are vital could well become in short supply first. We may see China and India, perhaps under pressure from importing nations, demanding that vital medicines be made, but unless directed to do so, and perhaps compensated for it, the natural inclination of a chemical business under financial pressure will be to make the most profitable chemicals first.

Image: Volunteers wearing face masks stand next to vegetables to be delivered to residents of a residential area in Wuhan, the epicentre of the novel coronavirus outbreak, Hubei province, China March 5, 2020. REUTERS/Stringer