No, Omicron Is Unlikely to Lead to More Stimulus Checks 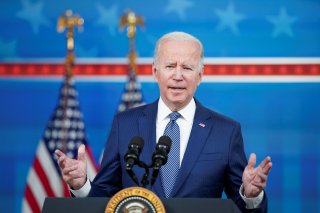 The potentially worrisome new variant of the coronavirus, Omicron, was first reported in South Africa just after Thanksgiving. It officially reached the United States on Wednesday with confirmation that the first such case in the United States had been confirmed by the Centers for Disease Control and Prevention (CDC).

“The President’s medical team continues to believe that existing vaccines will provide some level of protection against severe illness from Omicron, and individuals who have gotten boosters have even stronger protection,” Jeff Zients, the White House’s COVID-19 Response Coordinator, said in a statement this week. “As such, we urge all adults to get their booster shots and to get themselves and their kids vaccinated, if they haven’t already.”

He added that the president would have more to say about America’s strategy for fighting the coronavirus at a later date. “This new variant is cause for continued vigilance, not panic,” he said in the statement. “We know what it takes to limit the spread of COVID: Get vaccinated, get boosted, and take public health measures like masking and distancing.”

It is too early to know what effect the new variant will have on the health of the nation. But also, the economic impact of the Omicron remains unclear. Markets have been very volatile ever since the Omicron variant appeared, and there’s also the question of what lawmakers and the Fed will do if there are disruptions.

“The recent rise in COVID-19 cases and the emergence of the Omicron variant pose downside risks to employment and economic activity and increased uncertainty for inflation,” Powell said this week in prepared remarks before he appeared before Congress. “Greater concerns about the virus could reduce people’s willingness to work in person, which would slow progress in the labor market and intensify supply-chain disruptions.”

Now, the question has been raised of whether the Omicron variant could lead to a new round of stimulus checks, according to Fortune magazine. But those odds remain low.

While lawmakers have passed three rounds of stimulus checks since the start of the pandemic—twice in 2020 and a third time in March after Joe Biden became president—there has been little appetitive among lawmakers to go down that road again. Neither the Bipartisan Infrastructure Framework, which has already been signed into law, or the Build Back Better plan, which passed the House, consists of another round of full stimulus checks, although the latter bill would extend the expanded child tax credit by an additional year.