No One Is Safe From the U.S.-China Trade War 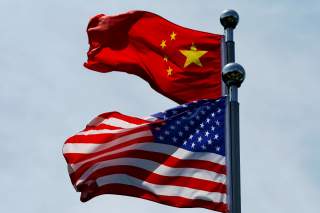 Key point: As China and America decouple their economies, everyone will be affected.

In August 2019, the changing nature of the global business landscape was brought home when President Donald Trump “ordered” U.S. companies to leave China, a declaration that came close to implying war footing. Certainly U.S., European and Canadian actions against Chinese tech giant Huawei reflected some of the risks for companies from that country venturing into the West. Global companies now have to give greater consideration to external variables which are likely to scale down profitability expectations, force changes in supply chains, and impact how companies spend and hire. Trade wars are resulting in a world with greater risk, more volatility and slower economic growth.

The core change in the global economy is the rise of China, probably the most significant development since the end of the Cold War. It represents a challenge to the “old order” defined by U.S./Western dominance in global trade, financial markets and ability to influence other countries, much of this embodied in the Bretton Woods system. Formulated in the aftermath of World War II, Bretton Woods initiated a new international economic order based on fiscal discipline, exchange rate stability, free markets and growth in international trade. Key institutions to this were the International Monetary Fund, World Bank and the General Agreement on Tariffs and Trade. The core idea was to create an inclusive economic system that made all countries stakeholders in peace and commerce. With a stake in making certain that the rules of the game were followed, all parties could benefit—at least in theory.

Since the late 1970s China has undergone a massive transformation. It was once a predominantly rural and agriculturally-oriented country and is now an increasingly urbanized country and home to the world’s second largest economy. With that transformation has come considerable power and an ambition to restore China back to the glory of the dynastic periods when it was the Middle Kingdom, the center of the world. There is also a sense of grievance as to its treatment at the hands of Europe, the United States and Japan during the era of European imperialism when a weakened China was at the mercy of other powers.

The Middle Kingdom 2.0 is constructed around an autocratic leader (President Xi Jinping), backed by a single political party (the Chinese Community Party), and grounded in nationalism and mercantilism (international trade is to function to the benefit of the state). The institutional framework for Middle Kingdom 2.0 includes the Belt and Road Initiative (BRI), with the goal of tying together Eurasia’s various economies from the Pacific to the Atlantic; the Asian Infrastructure Investment Bank; and the Silk Road Fund. These give Beijing the ability to project power and dominate Eurasia and, through that landmass, the world.

The Middle Kingdom 2.0’s international reach is founded upon an illiberal world order, with a global reach to a range of partners, many of which are authoritarian in their political makeup and regard U.S. power as a threat. Chief among these is Russia, which has interfered in U.S. politics and backed governments that have clear-cut differences with Washington, such as Venezuela, the Assad regime in Syria and, at times, Iran. Under Vladimir Putin, there has been an aggressive push-back against the West’s push deeper into Eastern Europe, a region seen to be of paramount geostrategic importance to Russia.

In June 2019, Presidents Xi and Putin met in Moscow to further clarify a framework of relations. The text from the summit indicates that Eurasia’s two largest countries have embarked upon a “comprehensive strategic partnership,” which covers the Arctic (in particular China’s access to the Northern Sea Route), space, the internet and innovation. In terms of foreign policy there is also an agreement to take a joint approach to such pressing issues as Iran, Venezuela, the Korean Peninsula and nuclear proliferation. Although there remain points of friction between Beijing and Moscow, the deepening common front is aimed against the United States.

The United States remains the dominant global power, barely. Still a formidable economic and military power, the real competition with China is just beginning. The rivalry will focus more on who gains the commanding heights of technology (like AI and telecommunications) as well as on China’s efforts to replace the U.S. dollar with the yuan, access to China’s rare earths, consumer market access and, quite possibly, the creation of competing Internet of Things. This also means that prospects for a lasting and meaningful trade deal between the two powers are not high.

For the rest of the world, rising tensions between Beijing and Washington are not a positive development as this dynamic will increasingly force countries to pick a side. Although the G7 and G20 alignment of countries will remain important, the world is already a G2 affair. Like it or not, China and the United States are the dominant players; if others, like Europe and Japan, want a bigger say, they will have to make changes. For Europe, that entails pulling its own weight in a military sense, while rethinking its dependence on Russia for its energy. It will also have to give further consideration as to the national origin of the technology it uses for such things as 5G and what this means in terms of national security and the impact on local European companies; for example, telecommunications equipment makers Nokia and Ericsson, which are increasingly seen as national champions against China’s Huawei.

The European Union’s (EU) grand experiment has had a great run, providing peace since 1945 and giving birth to the world’s largest and most affluent economic bloc. Sadly, the props for that experiment are weakening. In a number of countries, debt burdens have grown to pay for comprehensive social systems; banking systems are struggling under the burden of negative interest rates, and economic expansion is cooling due to declining global trade. At the same time, older generations with memories of the Second World War and the Cold War are passing from the scene, leaving younger generations who have no memory of the destructiveness of earlier conflicts. Instead, Europe’s younger generations face frustrations with a seemingly out-of-touch elite in Brussels, who make key decisions as to how people manage their lives, including the politically sensitive issue of migration policy. Additionally, the pending departure of the United Kingdom from the EU on October 31, 2019, is another blow to the idea of the multinational European project and also weakens the region’s growth prospects.

What complicates the landscape for the EU is that its expansion into the rest of the continent was checked by a more assertive Russia in the east and the rise of China, which is challenging Brussels economically in the strategically important Balkans. The China issue prompted the EU to declare in March 2019 that the Asian country is “a systemic rival promoting alternative models of government.”

At the same time, the Trump administration questions the value of NATO and why America should finance much of Europe’s defense spending, especially when countries like Germany are willing to increase their dependency on Russian energy. Still part of “the West,” Europe will increasingly feel pressure to either align with the United States, become part of a Chinese-dominated Eurasia or forge a separate path that entails upgrading its military power.

As for Japan, three factors dominate the future: China is the major power in the neighborhood; the U.S. alliance remains central to Japan dealing with its larger Asian neighbor (though the Trump administration is difficult to work with); and the country’s dismal demographics raise serious questions about Tokyo’s ability to maintain its role as one of the world’s largest economies. Prime Minister Shinzo Abe has worked hard at balancing these three factors while seeking to put Japan on a path to sustainable economic growth. This is greatly complicated by the changing nature of global geopolitics and the exposure to risk by Japanese companies that have supply chains in their Chinese neighbor.

Another factor to be considered in the changing global political economy—the existence of actors that are not going to fall easily into either the U.S. or Chinese blocs. Countries like Brazil, Iran, India, Saudi Arabia and Turkey are large enough and have strong enough cultural and historical identities to forge their own paths in a new Cold War system. These countries have their own national agendas and they do not necessarily feel beholden to one side or the other. At the same time, this opens the door to potential conflicts in which Beijing or Washington do not necessarily have a stake but may feel compelled to take a side if it believes the other may be willing to commit to a side. This is one way that wars happen.

Considering the above, the global business world is now being reconfigured by a decoupling between the world’s two largest economies, the U.S. and China, after decades of interdependence. This impacts practically every country where global businesses are active. Companies and financial institutions are now being asked to build strategies that fit into their respective geopolitical blocs and how to manage risk outside their respective blocs. The latter raises questions for companies with extended supply chains, like the vast majority of U.S., European, Japanese and Chinese multinational corporations. The decoupling is likely to play out through the following areas: