No Oscar for You: These 5 War Films Are Truly the Worst to Ever 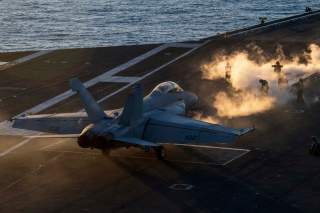 Even when the discussion turns to dreadful dramas, there must be some standards.

Some war films are intentionally awful treatments of armed conflict. And some are unintentionally bad. Examples of the latter include the disastrous trench-war musical Oh What a Lovely War (1969) or the high-brow horror show Catch-22 (1970).

Then there are the really bad movies about wholly fictional wars, such as Iron Eagles (1992)  and World War Z (2013). Here, however, is how Hollywood and others have mangled history and earned a place on the War Movie Hall of Shame.

Greek army invades Troy; Trojans fall for stupid hollow horse trick, and… Scene! Obviously someone thought it would be a great idea to take a decade of epic conflict, compress the timeline to a few weeks, and tell it all in a mind-numbing 2 hours and 43 minutes of celluloid (Director’s cut: 3 hours, 16 minutes). They were wrong.

To be fair, the film actually did decent box office, no doubt because of some respectable action scenes and a fine performance by Brad Pitt as Achilles and his heel. But, honestly it’s a sprawling, boring mess. As for history, it makes a mash of the Iliad and as one review notes, “though the movie does a decent job of showing one of the theories of Homeric warfare, the details of the fighting are often incorrect.” As a really bad, expensive sand-and-sandals movie it is right up there with King David (1985).  I can’t think of bigger insult than that.

Long ago, the wars among Greeks and their war with the Persians inspired literary jewels, from Herodotus’s “The Histories” to Thucydides’s “History of the Peloponnesian Wars” to Aeschylus’s play, “The Persians.” Yet Hollywood has no end of trouble turning any of those sagas into a half decent movie.

300 Spartans (1961) was a painfully awful retelling of the battle at the Pass at Thermopylae. After that, you’d would think filmmakers would just call it quits with the Greeks. They did not.  Nearly a half-century later, they came back with 300 (2007). Was it a cool movie? Yes. Still, it was anything but history. Based on a graphic novel, this defense of Thermopylae looked more like The Avengers; Infinity War (20117) than real-world military history.

Alas, the movie producers didn’t leave it at that. Instead, they made an even more ahistorical sequel. A god-awful attempt to cash in on the success of the 300, Rise of an Empire is a gore-fest pretending to be movie.

Dino De Laurentiis managed to take a magnificent subject—one of the most climatic battles in modern history—give it an all-star cast and the proverbial cast of thousands… and still make a movie as boring as it was confusing. (At least De Laurentiis was consistent. He also made the worst King Kong movie ever.).

Apparently, there was a four-hour version of Waterloo that has never been released. Just be thankful for that favor. One critic rightly summed up the film as being “as highly unrealistic and disjointed as it is Anglo-centric, and shameless in promoting the Napoleonic legend. It is questionable even as a drama, many reviewers finding its dialogue leaden and stilted….” Need I say more?

It breaks my heart to put this on the list, because the opening and closing sequences, filmed at West Point while I was cadet, feature many of my classmates. But what we have here is a swing and a miss.

Seven years earlier Patton (1970) hit box office pay dirt and won seven Academy Awards. Someone must have thought, “How hard can this be? Pick a famous general and a famous thespian and make a movie.”

Now, Gregory Peck is an extraordinary actor, and he mimicked MacArthur well. But that was actually part of the problem. Patton was flamboyant.  In person, MacArthur was churlish, introverted and complicated—not the kind of person who’s interesting to watch on the big screen.

Further, MacArthur’s military career spanned ages, from the trenches of World War I to the Korean War. That’s too big a canvas to cover in a bio-pic. Instead, the filmmakers tried to offer a MacArthur sampler like a box of chocolates. In the end, moviegoers don’t learn much about MacArthur or military history—more the loss.

This film may be one of the world’s greatest cinematic treasures, but we can learn more about burgers from an Impossible Burger than we can learn about the Civil War from this flick.

Personally, I think it fails even as an entertainment. Still, I suppose some people enjoy tedious, melodramatic films populated with whiny, privileged, unlikeable characters.

There are unquestionably much better Civil War films. Gettysburg (1993), for example, hits for the cycle, delivering: a) some degree of historical accuracy, b) an understandable depiction of what’s going on, c) fine characters and interesting performances, and d) a modicum of entertainment. Is that too much to ask from any historical war film?

Apparently, yes, because there are way more misses than hits. For every, half-decent film like Gettysburg, The Longest Day (1962) or The Alamo (2004) (not to be confused with The Alamo, 1960), there is long list of forgettable celluloid schlock.

On the whole, better to learn military history the old fashioned way: Read a half-decent book.