The Non-Delta Winged Dassault Mirage F1 Had an Extraordinary Legacy 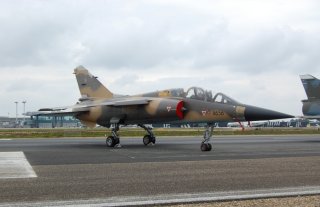 The delta-winged Dassault Mirage family, especially the Mirage III, has captured the imagination of air power enthusiasts with its most celebrated operational success during the Six-Day War, in which the Israeli Air Force used Mirage IIIs with devastating effects against its enemies’ air forces. The stunning results cemented the legendary reputation of the delta-winged Mirage. However, there is another Mirage combat aircraft that has provided equally solid combat successes that is less well-known—perhaps due to its more traditional non-delta winged configuration.

The Mirage F1 was the Dassault’s answer to a number of technological challenges faced by the famous delta-winged Mirage III. The Mirage III made its mark during the Six Day War but had inherent weaknesses—its delta wing meant that the Mirage III had to land with high pitch at high speeds (often causing accidents with inexperienced pilots) and required long airstrips for its take-off run and landing. The Mirage III also has a short operational radius and is unable to operate from robust forward air bases.

All these weaknesses were remedied in the new Mirage F1. The F1 dumped the delta wings and featured a high mounted swept wing with a conventional tail design. These changes enabled the F1 to carry 40 percent more fuel, translating to a longer operational radius, a shorter take-off run, slower landing speed, and all-round better manoeuvrability. The F1 was armed with two DEFA 553 30-mm cannons with 135 rounds per gun with a typical intercept load of two Matra Super 530 and two R.550 Magic anti-aircraft missiles.

The Mirage F1 was a success with the French Air Force, which acquired and used it as their main interceptor aircraft in the 1970s and 1980s. It was also exported to numerous countries including Spain, South Africa (where it saw combat as a strike aircraft), and Iraq.

The Iraqis bought the Mirage F1 in the late 1970s and its first F1s were delivered just in time to participate in the Iran-Iraq War. The Mirage F1s performed remarkably well in obtaining air superiority (shooting down the first Iranian F-14 Tomcat in a dogfight in November 1981), ground attack roles (both close air support and interdiction strikes), and anti-shipping missions. Armed with Exocet missiles, the Mirage F1 made its mark in conducting anti-shipping operations against Iranian-flagged oil tankers, merchant ships, and oil terminals at Kharg Island during the Tanker War.

The non-delta winged Mirage F1, although not as famous as the Mirage III, has given extraordinary service for its users and continues to do so against more modern peers today.

Adam Leong Kok Wey is associate professor in strategic studies, and the Deputy Director of Research in the Centre for Defence and International Security Studies (CDiSS) at the National Defence University of Malaysia. His latest book is Killing the Enemy! Assassination operations during World War II, published by Bloomsbury (2020).