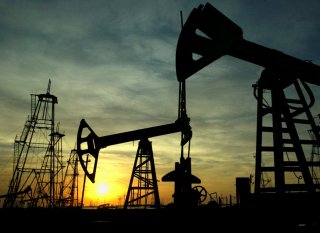 What’s behind—and what comes after—the Nord Stream II deal, an underwater twin pipeline that will transport fifty-five billion cubic meters of natural gas a year running under the Baltic Sea from Russia to Germany into the European Union? As I have already summarized in a previous article on this energy affair: business as usual. Economic agreements are part of a broader “smart power” strategy that “involves the strategic use of diplomacy, persuasion, capacity building, and the projection of power and influence in ways that are cost-effective and have political and social legitimacy.” This strategy falls under the category of so-called “hybrid warfare,” an umbrella concept under which you can accommodate all non-kinetic actions, including diplomatic sanctions, that do not imply the use of lethal force.

The Russian Federation is enacting a wide strategy aimed at re-establishing a sphere of influence in the area previously controlled by the USSR. The Baltic countries and South Caucasus are the battlefields of the “energy warfare” that Moscow is conducting in the context of a broader strategy that encompasses different means and activities. Therefore, energy strategy is part of the Russian “Grand Strategy.” Let’s try to frame this strategy in a wider geopolitical context.

As the international community has failed to de-escalate the conflict that reignited in Fall 2020 in Nagorno-Karabakh, Russian president Vladimir Putin mediated a ceasefire between Armenia and Azerbaijan, and Moscow deployed a peacemaking force to grant the respect of the truce. This was a huge opportunity for the Russian Federation to get a foothold in the region and entrench itself as a major player.

Moscow’s interest in this area is due to the fact that Azerbaijan acts as an energy pipeline hub, offering a route that bypasses Russia through the transit states of Georgia and Turkey via the Baku-Tbilisi-Ceyhan (BTC) oil pipeline, the South Caucasus gas pipeline (SCP), and the  Baku-Tbilisi-Erzerum (BTE), which runs parallel to BTC for 429 miles, before connecting to the Turkish gas pipeline network. Through BTC, Baku transfers its oil and gas to Western markets, Kazakhstan, and Turkmenistan.

The BTE, the BTC and the Baku-Supsa oil pipeline (both managed by British Petroleum), ends on the Black Sea in Georgian territory. Baku-Novorossijsk (managed in partnership with the Russian company Transneft) are the main oil export pipelines of Azerbaijan. Other Azerbaijani gas pipelines include the Gazi-Magomed-Mozdok, which runs jointly with Russian Gazprom, and the Baku-Astara. Due to tensions with Armenia, Azerbaijan has signed an exchange agreement with Iran, which supplies natural gas to the exclave of Nakhchivan, receiving a commission of fifteen percent on transit fees).

The Trans-Adriatic Pipeline (TAP), recognized by the EU as a “project of common interest,” transports natural gas from the Caspian Sea to the European market through Turkey, Greece and Albania, up to Italy. The pipeline opened the Southern Gas Corridor, a real cornerstone of European energy strategy, notwithstanding the fact that TAP involves the participation of authoritarian governments such as Azerbaijan and Turkey, which the European Union condemns for their failure to respect fundamental human rights. This is just one new route, added to the existing routes by which Europe receives natural gas, making its energy supplies more secure and flexible. The TAP will be linked to the Trans-Anatolian Natural Gas Pipeline that connects Azerbaijan to Turkey, continuing to European markets and landing in Southern Italy. This pipeline supply has a capacity of 810 billion cubic feet and is the result of contracts with an estimated value of €130 billion, the largest in the history of gas.

Another large project has sunk and crippled the Russian energy strategy. The South Stream pipeline should have provided transportation of Russian and Caspian gas to Europe through a pipeline running under the Black Sea through Turkish territorial waters with terminals in Italy and Austria. Prior to December 2014, when the state company Gazprom took overall shares, pipeline involved the Italian Eni, the French EDF and German Wintershall. The project was found to be in non-compliance with the European Union’s Third Energy Package legislation, which stipulates the separation of companies’ generation and sale operations from their transmission networks. The Russian Government canceled the project in 2014, seven years after the project was started. The South Stream was considered a rival to the Nabucco pipeline project, which was abandoned in favor of the TAP.

If the Trans-Caspian Gas Pipeline, which involves the construction of an undersea gas pipeline between the Turkmen city of Türkmenbaşy up to Baku, comes to fruition, then it will also further enhance Azerbaijan’s status as both a producer and transit hub. Additionally, the pipeline will diminish Moscow’s influence in the region and circumvent both Russia and Iran. This is why Moscow is heavily opposing the project. The Trans-Caspian Gas Pipeline, which has a projected capacity of 1.1 trillion cubic feet per year, strengthens the collaboration between Georgia and Azerbaijan, and isolates Armenia, pulling over Russia and Iran. Moscow and Tehran didn’t waste time joining forces on the energy issue. On April 13, 2015, Russian president Vladimir Putin lifted the UN ban and authorized the export of the S-300 air defense missile systems to Iran. This was part of the regional strategy of the Kremlin. Armenia absolves the task of challenging the territorial integrity of Azerbaijan through the Nagorno-Karabakh conflict. Moscow, which has already committed itself directly in the Georgian conflict, ensuring the security of Abkhazia and South Ossetia, does not intend to expose itself directly in Nagorno-Karabakh. Moscow does not want to risk starting a spiral of independence movements that could backfire. Post-Soviet frozen conflicts are kept “hot”—or at least “warm”—to serve as a backbone for operations aimed to regain influence in the region. The Nord Stream II should be interpreted with the same lens.