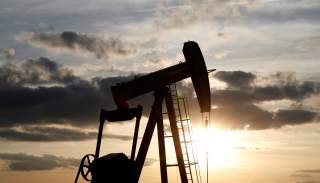 North Korea has reportedly managed to skirt sanctions and secretly import millions of barrels of oil in 2018.

North Korean vessels were involved in at least 89 ship-to-ship transfers between Jan. 1 and May 30, illegally importing as much as three times the amount permitted by the United Nations, NK News reported, citing American data provided to the U.N. Even if the tankers involved in the transfers were carrying only a third of their potential load, the total amount of oil transferred to North Korea would still exceed the 500,000 barrel limit, a copy of the U.S. report seen by The Washington Post revealed.

“If fully loaded at around 90 percent laden, DPRK tankers have delivered nearly triple the 2018 quota at 1,367,628 barrels,” the document explained.

As the North has apparently exceeded the cap set by relevant sanctions resolutions, the U.S. has requested the U.N. immediately halt all oil shipments to the country. “These sales and any other transfer must immediately stop since the United States believes the DPRK has breached the … refined petroleum products quota for 2018,” the U.S. argued in the report sent to the U.N.

Both China and Russia continue to sell petroleum to North Korea. The U.S. is demanding both countries cut North Korea off completely.

The landmark Singapore summit, where President Donald Trump met North Korean leader Kim Jong Un, was held on June 12. Since then, the North Koreans and the U.S. have struggled to make progress.

Secretary of State Mike Pompeo visited Pyongyang for the third time this past weekend, but the visit failed to yield the kind of results the Trump administration hoped to achieve. North Korea bristled as the U.S. team demanded answers to important questions, such as plans for the “complete, verifiable, irreversible denuclearization” of the Korean Peninsula.

Pompeo claimed that a “great deal of progress” was made during talks, however, North Korea’s foreign ministry called the meeting “regrettable,” describing the U.S. attitude as “cancerous.”

U.S. and North Korean officials were supposed to meet at the DMZ for negotiations Thursday, but the North Koreans never showed. The meeting has been rescheduled for Sunday.