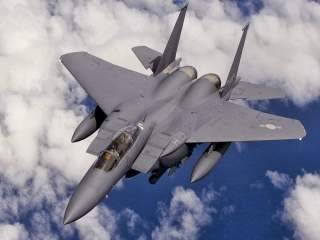 Key Point: The F-15K has powerful sensors and bunker-busting bombs to take out North Korea's missiles... or even its leadership.

Sébastien Roblin holds a Master’s Degree in Conflict Resolution from Georgetown University and served as a university instructor for the Peace Corps in China. This first appeared several years ago.