North Korea Would Get Wiped Out by the U.S. Air Force 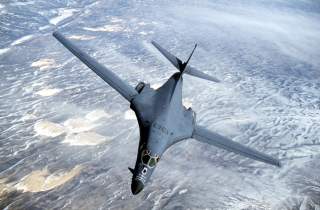