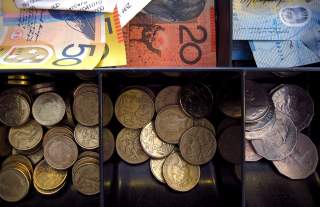 Key point: No country can keep growing and paying for its social services without a positive population pyramid.

Population growth driven by immigration has helped power Australia to a record-breaking 28 straight years of economic expansion. Yet government warnings of an aging ‘time bomb’ have sparked alarm that the good times cannot last forever, even in the ‘Lucky Country.’

Australian Treasurer Josh Frydenberg raised the alarm in mid-November, when he suggested the nation’s increasing aged population could represent an “economic time bomb.”

“It is a great development that people are living longer but we must be prepared for the implications…If we don’t remain fiscally disciplined today, the next generation will have to pick up the bill tomorrow,” he told the Committee for Economic Development of Australia in Sydney.

The treasurer warned of a growing fiscal burden on “both the revenue and spending side,” particularly amid “stagnating productivity growth.”

Among its estimated 25 million population, baby boomers (those born between 1946 and 1964) now number more than 5 million, with their retirements constituting a structural headwind for the economy.

The baby boomers are forecast to cost the government budget some A$36 billion (US$24 billion) a year by 2028, more than it spends on the national health insurance scheme, Medicare.

At around 15 percent, Australia’s elderly (defined as those aged 65 and older) as a proportion of the overall population is well below other OECD nations such as Japan (25 percent) and Germany (21 percent), according to the OECD’s 2014 data.

Yet key demographic indicators such as the dependency ratio are deteriorating. From nearly eight working-age persons for every Australian aged over 65 in the 1970s, the proportion has now halved and could drop to as low as two by 2066, depending on immigration levels.

The proportion of Australians aged over 85 could triple in size to reach around 1.5 million over the same period, accounting for 4 percent of the total population.

Meanwhile, the number of those not paying income tax could reach 22 percent of the population, up from 15 percent currently.

“The older the population is, the more people are on welfare benefits, we need more health care, and there's a smaller base to pay the taxes,” Professor Ian Harper of the Melbourne Business School told the ABC’s “7.30” program.

An older population is also seen lowering consumption and increasing savings, contributing to deflationary pressures as seen in advanced aging societies such as Japan. Government debt is also likely to rise, due to governments’ reluctance to cut pensions and raise taxes for political reasons.

The Reserve Bank of Australia has slashed official interest rates to a record low of 0.75 percent amid low inflation and sluggish economic growth, curbing savings income for retirees and forcing many to work longer. While the current retirement age is 66, it is scheduled to reach 67 by July 2023, although plans to raise it to 70 were axed in the face of public opposition.

Australia’s demographics since the 1970s have been a tale of declining births offset by increased new arrivals.

Since 1976, Australia’s “total fertility rate” (TFR) has been below the estimated replacement level of 2.1 babies per women. In 2017, the TFR was 1.74, well down on its postwar levels above 3 percent, ABS data reveals.

The prospect for a turnaround appears limited, given the downward slide in developed world birth rates and domestic factors.

“Young Australians are facing a hell of a hill… They are coming out of universities with a much larger debt than their parents did and they are going to have to buy in the most expensive housing market in the world, all against a backdrop of negative income growth,” economist Gerard Minack said.

"It's a trifecta that's pretty tough for them."

Making up the difference has been high levels of immigration. According to ABS data, nearly two-thirds of population growth in the year to March 2019 was from net overseas migration, particularly in the populous eastern states of New South Wales, Victoria and Queensland.

More than a quarter of the nation’s population was born overseas, led by former British residents who accounted for 5 percent of the population in 2016. However, those born in Asia now outnumber those born in Europe, with people born in China now accounting for 2.5 percent, India 2.2 percent and the Philippines 1.1 percent.

The tendency of such new arrivals to settle in the major cities of Sydney and Melbourne has sparked concerns of increasing pressure on infrastructure and housing costs, together with rising pollution and quality of life issues.

Congestion in Australia’s state capitals is estimated to cost the economy A$25 billion a year in lost productivity, with driving still the dominant form of travel.

Yet any move by Canberra to turn off the immigration tap could tip the economy into recession.

Population increase is estimated to have contributed around 1.66 percent to annual GDP growth in the decade since the global financial crisis (GFC), compared to 1.24 percent in the prior period.

The latest GDP data showed the economy slowing to a 1.4 percent annual expansion, its weakest pace since the GFC, amid sluggish household spending and weak business investment.

“In a per capita sense, the economy went backwards in the last 12 months,” Westpac economist Bill Evans told ABC News.

Accounting group PwC suggests increasing workforce participation rates among younger workers, females and elderly could lift potential GDP by as much as 12 percent. It argues that Australia ranks only 14th of 35 countries in labor market performance, below the OECD average.

“Realizing the potential economic gains from greater participation will need a mix of policies to overcome discrimination in the workplace, boost vocational training including retraining for all age groups, and improve childcare and flexible working arrangements,” said PwC chief economist Jeremy Thorpe.

“Successive Australian governments have certainly made progress over the last two decades, but our analysis suggests more needs to be done for Australia to match international best practice and drive economic growth.”

Amid a backlash over any move to raise the pension age, the Australian government has proposed measures including encouraging migrants to settle in regional areas and developing alternative “employment hubs” in major cities, as well as providing funding to alleviate urban congestion and strengthen infrastructure.

Growth in the working-age population is still seen giving Australia an advantage through to 2025, along with other immigration-friendly countries such as the United States, Canada and Britain, according to Nikko Asset Management’s Chris Rands.

With politically unpopular reforms consigned to the “too hard” basket, immigration likely will continue propping up economic growth until it too reaches its limits. Time bomb or otherwise, Australia’s demographic clock is definitely ticking.

Anthony Fensom is a Brisbane, Australia-based freelance writer and consultant with more than a decade's experience in Asia-Pacific financial/media industries. This first appeared earlier in 2019.