Not Good: This Report Warns China Could Beat America in a Fight by 2049 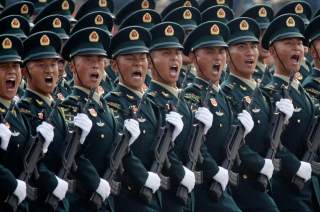 Key point: Beijing is racing ahead with modernizing its forces and tipping the regional balance in its favor. Without a counter plan from America, it is only a matter of time before China is able to assert dominance in the Western Pacific.