Not Secret: This Russian Special Forces Group Is Tough as Nails 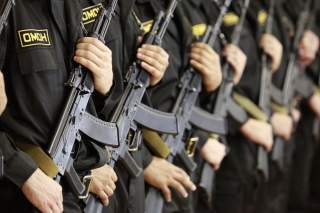