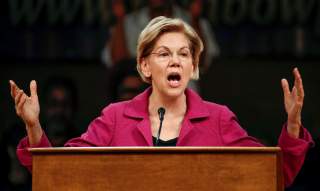 During the first night of the Democratic primary presidential debates on Tuesday, moderators missed prime opportunities to ask candidates how they would address some of the most pressing issues facing millions of Americans, many of which are at the root of inequality.

But they also asked several questions specifically designed to spark drama and nothing else, failing to provide voters with any insight into how candidates would address major issues facing the country. Questions like: Is Bernie Sanders is too extreme to beat Donald Trump? Are candidates making promises just to get elected? Should voters take age into consideration?

Moderators, for instance, could have instead asked candidates how they would protect LGBTQ Americans and ensure their rights are protected. That issue is critically important today, considering the Trump administration has dismantled almost all major protections for transgender people, who now face institutionalized exclusion from almost every aspect of public life, including employment, housing, health care, education, prisons, and the military.

They did not ask about how they would protect the reproductive rights of women, transgender men, and gender non-binary Americans, at a time when Republicans have packed the lower courts and the U.S. Supreme Court with ideologue judges that threaten the future of Roe vs. Wade and the ability for people to gain access to safe abortion access in many states.

Speaking of courts, moderators did not ask the Democratic candidates how they would protect American democracy as Republicans continue to install judges that ignore legal precedent in favor of their party’s extreme views. And how they would appoint any judges at all while Senate Majority Leader Mitch McConnell (R-KY) continues to block all liberal nominees.

They did not ask whether candidates would end mass incarceration that for decades has ruined the lives of millions of Americans who committed non-violent offenses. In the name of fighting a failed, decades-long war on drugs, African Americans have been thrown into prison at a disproportionate rate, creating a new Jim Crow system that has rolled back the civil rights of millions of people even after they are released.

Candidates were not asked how they would address America’s housing crisis, and the growing unaffordability of U.S. cities that has left hundreds of thousands of people homeless at an increasing rate.

They did not ask how they would secure U.S. elections and protect vulnerable ballot boxes from hacking by Russia and hostile foreign governments, as was the case during the 2016 presidential election. Despite warnings from former special counsel Robert Mueller and the intelligence community, McConnell has refused to put solutions to the problem up for a vote in the Senate. They also did not ask how candidates would stop Republicans from preventing millions of African Americans and Latinx Americans from voting during elections by passing voter suppression laws.

Perhaps CNN moderators will address some of these pressing questions during the second night of the debates Wednesday night, instead of asking questions that make for good TV and provide next day soundbites.