Note to Trump: Government Spending on Research Impacts the Economy and American Jobs 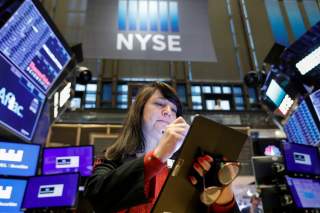 It’s not a natural impulse for politicians or activists to highlight trade-offs. Take cutting defense spending. Some Democratic presidential candidates envision a sizable reduction to the Pentagon’s budget if they’re elected. If that should happen, one possible program on the chopping block might be R&D investment. There is a lot of it, after all. A 2018 Congressional Research Service report found that in 2016 the United States spent $78.1 billion on defense R&D, “more than seven times as much on defense R&D than the rest of the OECD countries combined.”

And what do we get for all those tens of billions? That question is partially answered by a new working paper, “The Intellectual Spoils of War? Defense R&D, Productivity and International Spillovers” from Enrico Moretti, Claudia Steinwender, and John Van Reenen. Here’s what the researchers found (bold by me):

“In the US and many other OECD countries, expenditures for defense-related R&D represent a key policy channel through which governments shape innovation, and dwarf all other public subsidies for innovation. We examine the impact of government funding for R&D – and defense-related R&D in particular – on privately conducted R&D, and its ultimate effect on productivity growth. We estimate models that relate privately funded R&D to lagged government-funded R&D using industry-country level data from OECD countries and firm level data from France. To deal with the potentially endogenous allocation of government R&D funds we use changes in predicted defense R&D as an instrumental variable. In both datasets, we uncover evidence of “crowding in” rather than “crowding out,” as increases in government-funded R&D for an industry or a firm result in significant increases in private sector R&D in that industry or firm. A 10% increase in government-financed R&D generates 4.3% additional privately funded R&D. An analysis of wages and employment suggests that the increase in private R&D expenditure reflects actual increases in R&D employment, not just higher labor costs. Our estimates imply that some of the existing cross-country differences in private R&D investment are due to cross-country differences in defense R&D expenditures. We also find evidence of international spillovers, as increases in government-funded R&D in a particular industry and country raise private R&D in the same industry in other countries. Finally, we find that increases in private R&D induced by increases in defense R&D result in significant productivity gains.”