Note to Trump: Iran Might Be Getting Ready Its Own 'Maximum Pressure' 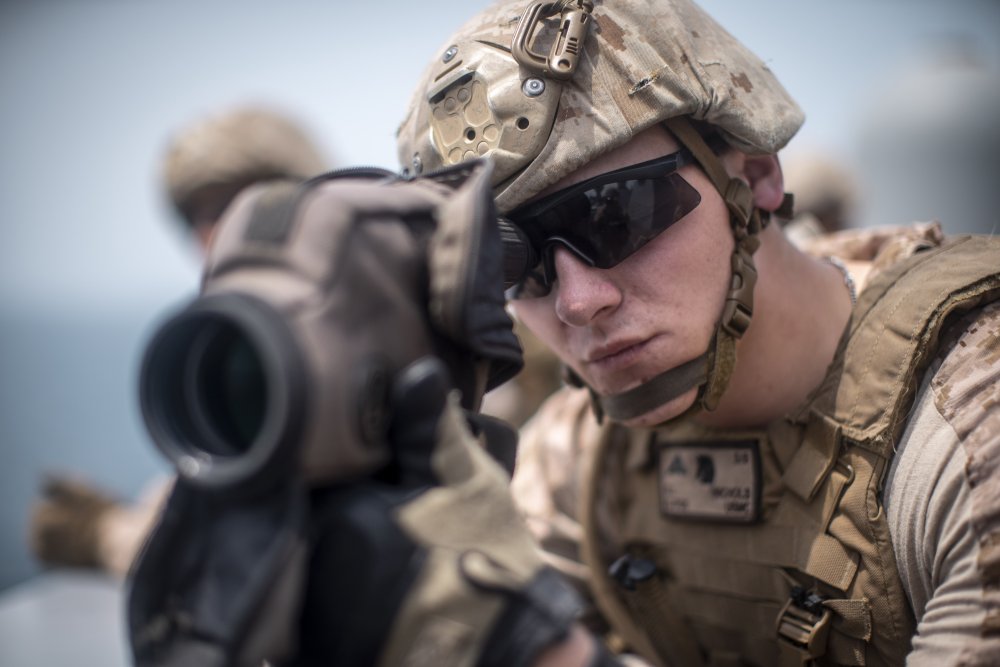 The conduct of U.S. foreign policy over the past two decades towards nuclear hopeful actors like Iran has only reaffirmed Iran's nuclear ambitions.

The United States and Iran remain locked in a tense standoff, punctuated by periodic escalations, that could easily transition into a full-blown conflict. Following the U.S. withdrawal from the JCPOA, Iran has been subjected to crushing sanctions that have contracted its economy and put pressure on its leadership. Rather than concede, Iran has responded with increasingly provocative moves—sabotaging several oil tankers, shooting down a U.S. drone, and openly violating the uranium enrichment and storage thresholds in the JCPOA. Many in Washington want the United States to launch military strikes on Iran because they believe the prospect of a war that it would lose would force Iran into submission. Military action is much more likely to backfire, however, since it would only legitimize Iran's nuclear program and make a nuclear arsenal essential to defend itself from the United States.

Iran has clearly telegraphed that it would restart uranium enrichment unless America’s European allies—who want to remain in the JCPOA—defy U.S. sanctions and continue to import Iranian oil. Iran’s recent moves are a desperate effort to recapture some of the economic benefits of the deal in exchange for its continued compliance. So far, modest European efforts to that end have done little to ease Iran’s economic crisis. Iran’s recent seizure of a British oil tanker—retaliation for the Royal Navy’s seizure of an Iranian vessel—is likely to make the Europeans even less willing to risk angering the United States on Iran’s behalf.

Iran’s history with nuclear weapons suggests the regime views them as an insurance policy and bargaining chip and not an offensive tool. Iran’s nuclear program began under the rule of Mohammad Reza Shah, whose first nuclear reactor was supplied by the United States in 1967. By 1979, through additional assistance provided by France, South Africa, and others, the Shah’s regime had developed a strong foundation in nuclear technology.

When the Ayatollah Khomeini took over following the Iranian Revolution, he shut down the nation’s nuclear program, arguing that it violated the tenets of Islam and represented a corrupt Western influence. It was only when the devastating Iran-Iraq War saw Iranian forces and cities subjected to chemical attacks by the Iraqi military that Iran restarted nuclear research.

Even as the Iranian nuclear program grew, Tehran repeatedly demonstrated a willingness to trade it away in exchange for normalized relations with the West. In 2003, Iran reached a deal with the EU in which it provided full transparency for its nuclear program and offered to stop enriching and reprocessing uranium (Iran’s program then was far smaller than today). However, the Bush administration rejected that deal, as well as a similar overture in 2005.

A deal was eventually struck in the form of the JCPOA, with Iran accepting substantial nuclear controls in exchange for economic relief and improved relations.

In each past case where diplomatic efforts have failed, Iran has accelerated its nuclear development efforts, hoping to use a greater baseline nuclear capability as leverage in future negotiations. This mirrors the way the United States employs sanctions to pressure Iran’s economy and compel cooperation. Iran continued to comply with the terms of the JCPOA for the past year, despite the U.S. withdrawal and reimposition of sanctions, apparently hoping to be able to ride out the storm. The severity of the resulting economic crisis appears to have convinced Iran’s government that it can no longer wait and must instead grab Washington’s attention. To that end, Iran has returned to its old playbook, restarting its nuclear program while signaling it is willing to backtrack if sanctions are eased.

The conduct of U.S. foreign policy over the past two decades towards nuclear hopeful actors like Iran has only reaffirmed Iran's nuclear ambitions. Leaders who abandoned their nuclear programs in pursuit of better relationships with the United States—Saddam Hussein in Iraq and Muammar el-Qaddafi in Libya—were forcibly overthrown by U.S. military power. Iran—which cooperated with the United States in the overthrow of the Taliban—found itself labeled as part of the “Axis of Evil” and was threatened with invasion. The unilateral U.S. withdrawal from the JCPOA despite Iran’s compliance has also generated skepticism in Tehran about the value of negotiating with Washington.

President Donald Trump’s recent visit to North Korea provided Iran with a stark contrast between how the United States treats actual nuclear states compared to aspiring ones. Iran, which had frozen its nuclear program, is on the brink of war with the United States, while North Korea, a nation with about twenty to thirty nukes, has found the United States much more receptive to its needs. A U.S. attack on Iran would make it clear to Iran’s leaders and its people that the only way to permanently guarantee Iran’s security is to race toward a bomb.

Advocates of limited strikes are mistaken to think Iran would back down if attacked. Iran has proven its resilience, beating off an Iraqi invasion in an eight-year war that cost the lives of somewhere between 300,000 to a million Iranians. A war with the United States might actually benefit Iran’s regime, consolidating popular sentiment behind the nation’s leadership against a foreign military threat.

More important, even a concerted U.S. air campaign would fail to destroy all of Iran’s nuclear sites, let alone permanently end its program. It would however ensure that a negotiated solution becomes impossible and that Iran commits all available resources to developing a nuclear deterrent.

Trump has disavowed regime change and expressed U.S. policy as ensuring Iran does not obtain nuclear weapons. He recently tapped Sen. Rand Paul as an informal emissary to ease tensions with Tehran. The United States can move toward the goal of a nonnuclear Iran by easing sanctions in exchange for Iran’s continued compliance with the deal, while engaging in small trust-building measures in pursuit of a more permanent solution. Iran stated it would abide by the nuclear constraints of the JCPOA if it were allowed to sell oil to America’s European allies—something those nations view as economic and national-security imperatives. That could be achieved if the United States lifts the threat of secondary sanctions on European companies, and it would not require any change in America’s own sanctions policies.

Despite its hostility, the regime in Tehran has coexisted with the United States for forty years, and has even been willing to cooperate where our interests align. It is not too late to de-escalate and move toward a solution that preserves U.S. security by avoiding a war with Iran.