Nothing Will Be the Same: 5G Will Be Everything 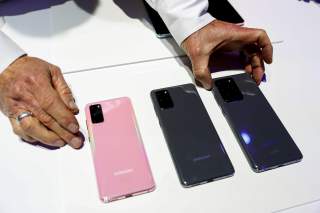 Last week, Federal Communications Commission Chairman Ajit Pai outlined his plan to auction a huge swath of wireless spectrum known as the C-band. It was a tricky dance because Pai had to find a compromise among satellite firms that currently (under)utilize the spectrum (to beam video and audio content to broadcasters and others) and would like to sell much of it, mobile carriers that would like to buy it for their 5G wireless build-outs, and various political factions who have their own ideas about how to manage the airwaves.

It looks like Pai’s plan has attracted enough support to auction 280 megahertz (MHz) of spectrum by December 2020. The C-band is attractive because of both its size, which offers lots of capacity, and where it sits on the frequency map, which fills a key strategic role in new 5G network architectures. The additional 280 MHz could nearly double the total existing spectrum now deployed by all major mobile carriers. This particular auction is just one part of a much larger big-bang of spectrum availability.

This is important because 5G networks will serve as a platform for the entire economy, bringing connectivity to firms and sectors that have not yet fully exploited the possibilities of the internet. Productivity and economic growth were sluggish over the past decade and boosting innovation in more industries across the country is key to shifting the overall economy into higher gear.

Over the past two years, we’ve noted hints of improved productivity. Based on the latest data from the Bureau of Labor Statistics, productivity growth seems indeed to have risen to a somewhat higher level over a multiyear period. (See chart above.) This marked but mild improvement, however, is not enough. To generate more opportunity and income growth across the American economy, and to help heal government budgets, we need to sustain these gains and advance to even higher productivity levels for years to come.

We know that infrastructure is a platform for economic activity. And we know that information technology has been productivity’s driving force for the past half-century. 5G is both and thus central to a long-term strategy of fast-paced innovation and higher-revving economic growth.