Nothing Will Ever Be the Same: When Submarines Become Underwater Aircraft Carriers 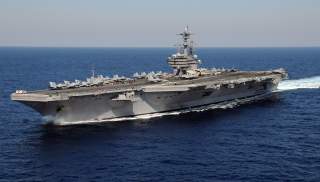 Having ascertained the existence of threats, the UUVs could either light the target up with active sonar (allowing the SSN to target and destroy it with torpedoes), passively communicate data to the mothership, or potentially carry out a “suicide” attack against the target themselves. In effect UUVs have the potential to expand the lethal reach of an attack boat, as well as take care of threats in its own area.