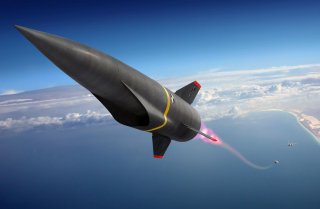 Project V-MaX (Experimental Maneuvering Vehicle) aims to create a hypersonic glider with a speed of more than 3,700 miles per hour, or Mach 5, by 2021.

"Many countries are acquiring them (hypersonic weapons) and we have the know-how to develop them,” announced Defense Minister Florence Parly. “We could no longer afford to wait.”

A few nations have fielded or are developing hypersonic weapons, notably the U.S., Russia and China. Russia’s Avangard nuclear-armed glider, boosted atop an ICBM high into the upper atmosphere, reportedly zooms down on its target at Mach 27, leading Russian President Vladimir Putin to declare it “unstoppable” by U.S. missile defenses. America’s DARPA defense research agency has tested gliders that have reached speeds of more than Mach 20, while the U.S. military is working on a joint boost-glide vehicle.

Btu France could be the first European nation to develop its own hypersonic weapons. The effort appears to be aimed at developing a strategic nuclear weapon, with Paris recently awarding a contract to modify a proposed air-launched supersonic cruise missile. “Under the V-MaX project, being led by ArianeGroup - a joint venture between Airbus and France's Safran - the air-to-surface ASN4G missile, which will replace the medium-range ASMP, could possibly be configured to travel at hypersonic speeds,” said French news agency Agence France-Presse.

The ASMP, or Air-Sol Moyenne Portée, has an estimated speed of Mach 3 and a range of 300 miles. Assuming V-MaX is faster and perhaps has a longer range, the new weapon seems closer to Russia’s Kh-47M2 Khinzal (“Dagger”), a Mach 5 to Mach 10 weapon – based on the ground-based Iskander ballistic missile – that is lofted into the air by T-22M3 bombers and even MiG-31 jet fighters. Russia also has deployed the Zircon, a Mach 5 anti-ship missile that Western navies fear may be too fast for their shipboard anti-missile defenses to stop.

It’s no surprise that France wants skin in a hypersonic game that will likely have a profound influence on 21st Century warfare. The high speed of hypersonic missiles give them an edge over anti-missile sensors and interceptors designed against older and slower missiles. And unlike ICBMs, whose warheads reenter from space at Mach 23, but on predictable and interceptable paths, hypersonic gliders can maneuver in the atmosphere like ultra-fast airplanes.

"The goal is high-speed maneuverability,” explained a report by France’s DGA defense procurement agency. “That’s how it differs from a ballistic trajectory. Once the initial speed is reached, we can play with speed and altitude to move up and down, to the left and to the right, creating a trajectory that is more difficult to intercept.”

France can bring considerable knowhow to hypersonic development, including an advanced aerospace industry that has produced legendary weapons such as the Mirage fighter, the Exocet anti-ship missile and a Rafale fighter that is a competitor with advanced jets such as the F-35. It has already conducted studies of hypersonic propulsion as part of a modernization of the nation’s nuclear arsenal.

Yet what is surprising is that Parly promised the first test flight would take place by the end of 2021. That means a first flight within less than three years, a short time to develop weapons that can push the boundaries of aerodynamics and material science.

“For France, developing and deploying a device that can withstand hypersonic speeds poses an enormous challenge,” noted Agence France-Presse. “The DGA, the French defense agency, admitted that it had ‘relatively little experience’ in the area.

"The first use will probably not be for several years, and will be limited in terms of payload, flight time and precision,” warned the Secretariat for National Defense and Security.

Nonetheless, as Europe ponders tending to its own defenses as the Trump administration seems to be disengaging European security, cutting-edge arms will be key. Europe can’t afford to be left out of the hypersonic game.