Is Now the Time to Invade Iran? 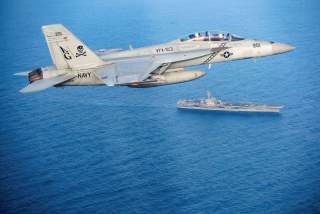 For decades, Americans have argued for and against invading Iran. The arguing continues.

Nov. 4, 1979, marked a turning point in the relationship between the United States and Iran. Less than a year after the Iranian Revolution deposed the last shah of Iran, Mohammad Reza Pahlavi, militant students — acting on their own — occupied the American embassy, taking 52 Americans hostages.

Iran’s new leader, Ayatollah Ruhollah Khomeini, endorsed their action and the infamous 444-day hostage ensued, compromising any chance that the new Islamic regime and the United States could formulate some kind of new post-Shah partnership.

Since that time, the image of a militant Iran bent on the destruction of the United States and the West has become ingrained in the minds of many Americans. Indeed, U.S. officials in power today were youths when the hostage crisis began and therefore have no real memory of Iran as a major ally under the Shah.

In retrospect, it’s almost seems remarkable that in the 1970s. the largest American expatriate community in the world was in Iran, numbering 52,000, many of them military contractors.

The revolution and the hostage crisis ended all this. Almost overnight Iran went from being a major ally and client into an adversary. Throughout the 444-day hostage crisis, Americans contemplated attacking or even invading Iran to rescue the hostages and punish Khomeini.

In December 1979 Elmo Zumwalt and Worth Bagley, respectively the retired U.S. chief and deputy chief of naval operations, co-wrote a piece in The Los Angeles Times in which they argued that “military options do exist in the Iranian crisis.”

The authors, pointing to the lack of any significant U.S. military presence in the Persian Gulf at that time, recommended that Washington could use aircraft to drop mines near Kharg Island in the Persian Gulf – from where Iran exports the bulk of its oil – along with other ports in order to blockade the country and apply economic pressure on Khomeini.

The United States could then offer to remove all the mines in exchange for the release of the hostages.

“Privately, it could be made clear to Khomeini that if he killed hostages in retaliation to such mining, the United States could attack Iranian facilities on land,” Zumwalt and Bagley wrote. The attack would leave Khomeini “vulnerable to loss of territory to Iraq and to Kurdish nationalists.”

A second option they suggest concerned actively seizing an Iranian port or airfield to “create a base for subsequent introduction of American land-based aircraft, ground forces and air defenses.” Such a “lodgment would give the capability for ground and air excursions further into Iran and the seizure of oil fields.”

This option, they anticipated “would endanger the hostages more than mining,” since it would doubtlessly result in the killing of Iranians. Nevertheless, they reasoned such an option was feasible since “the beachhead would also become an explicit and visible trade-off for the hostages’ safe release.”

The authors also addressed the elephant in the room at that time — the Soviet Union. Zumwalt and Bagley acknowledged that the Soviets might invade Iran in the event of an American operation targeting Khomeini.

Remarkably, the retired naval officers still argued that simultaneous American and Soviet attacks on Iran would not lead to a military confrontation between the superpowers. If Washington implemented the mining proposal, “the Soviets would have no U.S. armed presence within Iranian land borders on which to justify intervention.”

Also, a beachhead in southwest Iran would have seen American troops “positioned at extreme ranges from Soviets borders with Iran,” Zumwalt and Bagley argued. Washington could justify the beachhead by declaring beforehand that U.S. troops “were there as a temporary lodgment to reinforce diplomacy.”

In August 1980 columnist and investigative journalist Jack Anderson reported on a top-secret U.S. plan “to invade and hold portions of Iran” beginning in mid-October 1980. Anderson claimed the goals of the planned operation included rescuing the hostages, exacting retribution on Tehran and helping Pres. Jimmy Carter win reelection in that year’s election.

The fact that the invasion plan would not go forward unless Carter gave it the go-ahead meant that “the president can deny, at least technically, that he now plans to invade Iran,” Anderson wrote. “But he cannot truthfully deny that such a plan is in the works and that he has expressed the intention to go ahead with it.”

Anderson wrote that he wouldn’t divulge everything he knew about this alleged secret plan, since that could give the Soviets “an insight into our methods.” The White House denied Anderson’s claims.

When British journalist David Frost famously interviewed the Shah in exile in Panama in January 1980, he asked him if some kind of American military presence in the wider Persian Gulf region could somehow change the situation in Iran.

The Shah estimated it would take “760,000 first-class troops.” Frost asked why a far smaller detachment of 100 or 1,000 couldn’t make any difference. “No, the day of a gunboat is over,” the Shah replied.

The United States, of course, did not invade Iran and Carter lost the 1980 election to Ronald Reagan. Aside from the botched Operation Eagle Claw – an ill-fated rescue attempt of the hostages using naval helicopters in late April 1980, which ended in a disastrous crash in the desert that killed eight U.S. servicemen – the U.S. military never undertook any operation on Iranian soil.

Americans found themselves in a dilemma. Might the Soviets exploit the chaos in Iran and invade, just as it did in neighboring Afghanistan in December 1979?

“It would be very unfortunate and we wouldn’t want to, but obviously we would have to help that country,” a National Security Council official told The Los Angeles Times in January 1980, aptly underscoring the problem such a development would have posed for Washington.

In February 1980, UPI columnist Dick West wrote a satirical column in which he conveyed feelings of confusion with Americans over which country to hate most at the time, Iran or the Soviet Union. The columnist posited a fictional conversation between himself and a U.S. government “enmity expert.”

West begins by expressing deep disdain for Iran, arguing that since detente he simply can’t muster as much indignation for the Soviets as he previously had done earlier in the Cold War. The enmity expert cited the then-recent Soviet invasion of Afghanistan, which compelled the author to revise his feelings toward Moscow.

However, when the enmity expert points to the prospect of a Soviet invasion of Iran the author, conveying the contemporary feeling of the time, doesn’t necessarily see that as a bad thing. “No country that threatens Iran can be all bad,” he reasoned. “If Khomeini is overthrown by Soviet troops, he will be getting what he jolly well deserves.”

When the enmity expert responds by cautioning him from allowing his hostility toward Iran “to temper your sense of outrage over the renewal of Soviet aggression” the author counters by positing a scenario in which the Soviets invade Iran, depose Khomeini and release the American hostages in the process.

“Then how would you feel?” he asks. The enmity expert urges Americans to consider “reordering priorities” and keeping “our options open.”

Americans, in general, had mixed feelings about the prospect of a Soviet invasion of Iran. The Daily Item newspaper in Pennsylvania asked people their thoughts about the likelihood of an invasion.

“I don’t really see what they would have to gain by it,” responded Norman Grove, a builder. “The United States would have everything to gain from it because we would have a perfect excuse to go into Iran and do whatever we wanted to.”

Tina Sheaffer, a college student, believed the opposite. “I think if we take any further actions against Iran … the Soviets will probably invade Iran,” she reasoned.

One editorial in Illinois’ Gibson City Courier, also published that April, asked, “Could there be more behind Iranian scene?’ The op-ed cited a series of reports in the 1970s indicating the Soviets possessed a bigger army than the Americans did.

Since the United States likely wouldn’t have sought nor won a fight against the Soviets over Iran, the author pondered if it was possible that Washington had somehow “arranged” the hostage crisis in order to deter any possible Soviet invasion. “Extensive” media attention resulting from the crisis limited the Soviets’ options, the op-ed claimed.

“If anyone had a right to invade the revolutionary government, it would have to be the United States,” the author reasoned. “The outcome would be that the Russians would not attack Iran and the Persian Gulf would remain secure for a time.”

In September 1980 Anderson reported that the U.S. National Security Agency had intercepted cables from the KGB to the Kremlin about the potential of a U.S. invasion of Iran in October 1979, which KGB cables dubbed the “October coup.”

Anderson cited experts saying this was either in response to a potential American invasion or the Soviets were more cunningly inventing an American invasion plan as a pretext “for an Afghanistan-style aggression” against Iran.