Nuclear War: All You Wanted to Know About the SAC Go Codes 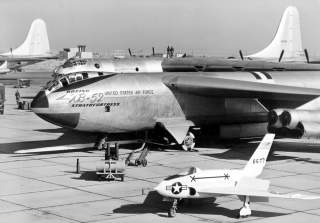 The bomber crews’ ordeal would last somewhat longer. If they could clear their first target by twenty-five miles, they had to proceed with their mission. After that, they could parachute down to the countryside to introduce themselves as the American crew who just nuked the nearby city . .. nice to meet you!

My new assignment to Loring AFB, ME, as I returned from Vietnam transitioned me from a hot war in the jungle to the Cold War with the Soviet Union where the stakes could be the survival of civilization itself. Strategic Air Command (SAC) had no sense of humor; it was as sober as a nuclear bomb, the delivery of which was its prepared-for mission as outlined in the Emergency War Order (EWO).

This war order employed codes that would be passed to bomber and air refueling tanker crews, perhaps in tactical orbits over the Arctic. If instructed, the orbiting crews would open their top-secret decoders and validate the “Go Codes” sent by radio from SAC headquarters in Omaha, NE. If the Go Codes were validated, crews were ordered to complete their dreaded missions.

For the tankers, things would probably be short and sweet. They would have to deliver virtually all their fuel to their mated bombers (down to the “standpipe”), which would afford the tankers about enough fuel to coast down to the Arctic Ocean and ditch.

I always thought they might do something else. Since the Go Order would mean a worldwide nuclear war had erupted, and presuming their home base would probably already be incinerated along with their families, they might have favored flying up to 35,000 feet, depressurizing the cabin, and having everyone remove their oxygen masks. The time of useful consciousness at this hypoxia-inducing altitude is about fifteen seconds, just long enough to think of your incinerated loved ones before you joined them.

The bomber crews’ ordeal would last somewhat longer. If they could clear their first target by twenty-five miles, they had to proceed with their mission. After that, they could parachute down to the countryside to introduce themselves as the American crew who just nuked the nearby city . .. nice to meet you!

My navigation team assured me, only half-jokingly, that they had the charts to fly us to Rio de Janeiro to “establish the reconstitution force,” if I wanted. From one viewpoint, the nuclear weapon threat standoff (mutually assured destruction) would demonstrably have failed, so why continue with it? Completing our assigned mission would only “make the rubble bounce” after our missiles from continental silos had hit their Russian targets, so why bother?

If we had proceeded, I imagine I’d prefer to drop the first bomb and then circle slowly above it until it went off. Or, to climb up well into defense radar coverage, squawk “emergency,’ and hope a Soviet fighter got us before we reached the target, if there were any Soviet fighters left.

This provides an opportunity to ponder the end of mankind, to be the generation that turned out the lights on our hallowed fifty-thousand-year human experience.

At least the meteorite that wiped out the dinosaurs was not self-inflicted. We would be the first creature to attain self-awareness who, nonetheless, snuffed itself out. With the quantum leap in mental ability came the quantum reap in self-destructive capability. I suppose this mental capability, coupled inextricably with a reptilian brain stem, may have doomed us from the beginning.

It might even be extraordinary that we have lasted as long as we have. So perhaps we could cheer ourselves, ruefully, in the bomber, at the end, for perseverance in the face of a preordained losing hand, for reaching such a high level of accomplishment before our fatal contradiction finished us.