Number One Priority: The Pentagon Is Doubling-Down on Hypersonic Missiles 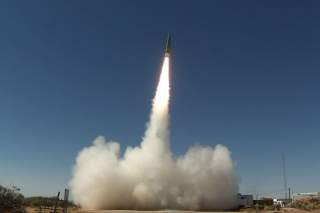 Key point: Russia and China are charging ahead with hypersonics and America cannot afford to fall behind.

WASHINGTON – Hypersonic weapons, which fly five-times faster than the speed of sound, are at the top of the Army's weapons procurement agenda, Ryan McCarthy said during his Senate confirmation hearing Thursday to be the next Army secretary. Investor's Business Daily reports. Continue reading original article

19 Sept. 2019 -- After years of putting boots on the ground in the Middle East, while adding wear and tear on helicopters, tanks, and other ground vehicles, the Army's focus on superfast missiles reflects the Pentagon shift to near-peer rivals like Russia and China.

"This could fundamentally change the posture for us in various combatant commands," says McCarthy, who was previously undersecretary of the Army. "It's a number-one investment priority for us. It's something that really started with Secretary Mattis. And we've just had our foot on the gas."

Earlier this month, the Army awarded a $347 million contract to Lockheed Martin to help build the Long-Range Hypersonic Weapon. The Army also awarded Dynetics Technical Solutions a $352 million contract in August to produce the Common-Hypersonic Glide Body system. Raytheon is building the control, actuation and power-conditioning components for the glide body weapon.