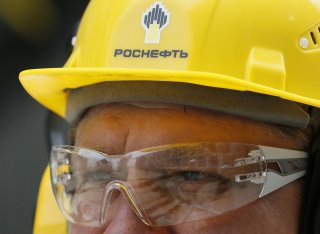 The Russian government no longer has a majority stake in Rosneft for the first time in the energy giant’s 27-year history. On March 28, Rosneft announced that it had sold all of its assets in Venezuela as part of a deal with the wholly government-owned company, Rosneftegaz. The sale is designed to shield the company’s Venezuelan operations from further U.S. sanctions, while still allowing Moscow to continue its support of the disputed rule of President Nicolas Maduro. But by continuing Rosneft's slow and steady shift toward privatization, the passing of this threshold could also open the company up to a more market-driven and prosperous future.

The reduction of the government’s stake in Rosneft will boost the collective strength of private stakeholders in the company. Prior to the sale of Venezuelan assets, the Russian government held just over 50 percent of Rosneft’s shares. These shares were held by the wholly government-owned company Rosneftegaz, which paid Rosneft 9.6 percent of its own shares for the Venezuelan assets. These 9.6 percent of shares, however, will be held by Rosneft as treasury stock, meaning that even though they still exist, they will no longer count towards shareholder voting. In short, the government will own only 40.4 percent of Rosneft shares, but its relative voting weight will be around 45 percent. That still means that privately-held voting shares now outnumber those held by the government, divided between just over 20 percent in the hands of British Petroleum (BP), a similar amount in the hands of Qatar’s sovereign wealth fund, and over 12 percent in publicly traded shares on the Moscow Stock Exchange.

But even as a minority shareholder, Russia will continue to have significant influence over Rosneft’s course. This is because the "majority" private ownership is not represented by a single block of ownership. Bringing these 55 percent of votes together to overrule the government’s interest, particularly the publicly traded shares, will still not be an easy task. Moscow and Qatar’s political ties will likely keep the latter (which now holds nearly 21 percent of voting shares) in alignment with Kremlin objectives. Maintaining a strong working relationship with the government of Russia will also always be in the interest of Rosneft’s management. The company benefits a great deal from tax incentives provided by the Russian government and will, of course, continue to operate in the Russian regulatory environment. This can be compared with the similar behavior of Russia’s largest oil company, Lukoil. Despite being entirely privately owned, the company still at times tends to mimic the behavior of a state-owned enterprise in order to help guarantee a prosperous operating environment.

A Path Toward Privatization

Rosneft’s activity is of strategic importance to the Russian state, though this doesn’t necessitate direct state ownership. Indeed, Moscow has been gradually divesting from the company over the past two decades.

The continued divestment of the Russian government from Rosneft suggests a strategy prioritizing market-competitiveness over state control and politicization. For the Russian government, the primary benefit of Rosneft is the government revenue that its oil production provides. Lowering its stake in the company does not negate that revenue and may, in fact, increase the ability for Rosneft to grow. Beyond the more immediate effort to isolate Rosneft from foreign sanctions through the sale of its Venezuelan assets, the de-politicization of Rosneft could, over time, lead to overall reduced exposure to sanctions targeting. This would enable the company to operate much closer with Western oil majors that would, in turn, enable Rosneft to access technology the company needs to try and sustain its production levels.

Meanwhile, the Kremlin will be able to continue its support for Venezuela’s embattled regime under President Maduro through the new entity that it has arranged to handle Rosneft’s former assets in Venezuela. Roszarubezhneft was set up specifically for this purpose on March 28 under the ownership of Russia’s Federal Agency for Government Property Management. This will allow the Kremlin to isolate sanctions risk related to the production and trade of Venezuelan oil to this individual company.

The trade-off for Russia’s de-politicization of Rosneft, of course, is a potential for the company to become even more reluctant to develop less economically attractive Russian reserves that the Kremlin has considered of strategic importance, such as those in the Arctic. Instead, private shareholders could attempt to move the company more toward the development of lower-cost projects outside of Russia, albeit within the confines of a workable relationship with the Kremlin.

Russia Loosens the Reins on Rosneft is republished with the permission of Stratfor Worldview, a geopolitical intelligence and advisory firm.