Ok, 'Boomer': This Is the Deadliest Submarine Monster Lurking the Deep 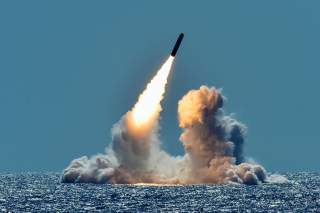 Key Point: ballistic-missile submarines promise the unstoppable hand of nuclear retribution—and should deter any sane adversary from attempting a first strike or resorting to nuclear weapons at all.