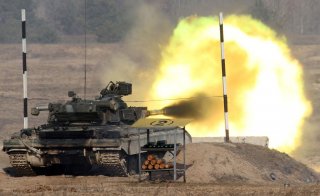 Key point: Kyiv has found a way to make its aging tanks still useful on the battlefield. Here's what they've done to make them better.