Omicron Spotted in More Parts of the World 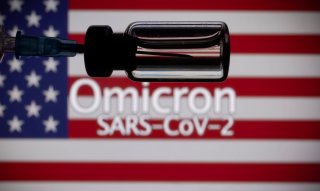 The entire world is worrying about the Omicron variant, the latest variant of the coronavirus. The virus first surfaced around Thanksgiving in South Africa, although indications now are that it may have originated elsewhere.

NPR reported Wednesday that the virus appeared in the Netherlands in samples taken as early as November 19, which was a week before South Africa first reported the variant to the World Health Organization. This has led to questions about whether travel bans on South Africa and other countries in that region were justified, according to NPR.

“You do not try and contain a virus through imposing bans unscientifically and indiscriminately,” South African president Cyril Ramaphosa told the news organization.

Subsequent reports have shown the first cases of Omicron variant in other countries, per The Guardian. The virus has now been spotted in Ghana, Nigeria, Norway, Saudi Arabia and South Korea, bringing the total of countries with cases to twenty-four, as of early Wednesday.

Another report had stated that Nigeria had discovered Omicron in October, but that later proved to be erroneous, according to The Guardian. In fact, an Israeli cardiologist told the newspaper that he believes he caught the Omicron variant of the virus on a recent visit to London while attending a large conference.

“I got the Omicron in London, for sure,” the doctor, who received three Pfizer doses, told The Guardian. “That is interesting because that was 10 days ago in London—really, really early.”

One of the biggest questions about the new variant is whether it is deadlier than previous variants. Also, there is some concern about whether the variant is significantly resistant to existing vaccines and previous infections. Experts caution that it will likely take some time to determine the answer to that.

“Researchers will look at what's happening in the real world by testing samples taken from patients, sequencing their genomes to see if it's Omicron causing the infections, and looking to see if more and more samples turn out to be Omicron,” CNN said in a new report. “They’ll also watch to see if Omicron infections lead to more severe disease and if fully vaccinated people end up more likely to become infected with Omicron variants as opposed to other strains.”