The One Area Where the U.S. Marines Dominate the Elite Navy SEALs 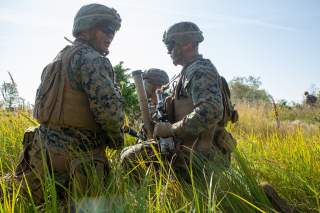 The Marine Corps' approach to the recent news out of Camp Pendleton shows that being open builds trust with the American public. Trust is exactly what the SEALs need a lot more of right now, and the best way to restore it is by looking to the other sea service's example.​

(This article first appeared several weeks ago and is being republished due to reader interest.)