One Cable Company Won't Come Inside Your Home Thanks to Coronavirus 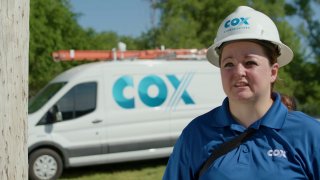 Are cable technicians essential workers, during the coronavirus shutdowns? In the eyes of the federal government, yes.

The Cybersecurity and Infrastructure Security Agency, which is part of the Department of Homeland Security issued a guidance in late March which established an "advisory list" of workers who are part of what's called the "Essential Critical Infrastructure Workforce."

The list, while advisory but not holding the force of law, included a section for communications and information technology, those responsible for "maintenance of communications infrastructure," and included on that list are cable service providers.

Some other jurisdictions have made other pronouncements, with New York Gov. Andrew Cuomo declaring that "your internet has to continue to work" as he announced New York's stay-at-home order on March 20.

With most Americans at home during the shelter-in-place orders, and many of them requiring reliable broadband in order to work at home, cable installers and repair technicians have continued to work in recent weeks. But one major provider is taking steps to protect their workers.

Cox Communications told its residential customers in a letter this week that its technicians will no longer make in-home visits. As reported by Multichannel News, the techs will continue to go out on calls but will not go inside of customers' homes. Instead, the techs will communicate from outside via video chats.

In addition, Cox said it will reduce the hours of its Cox stores.

Buzzfeed News reported last month, as part of its Coronavirus in the Workplace series, that another cable company, Spectrum, was continuing to send technicians out to customers' homes- and that the employees were not too happy about it.

A New Jersey employee told the site that techs were told by Spectrum that they should "wash our hands and stay as far away from the customers as possible." Others told Buzzfeed that they try to wash their hands when at customers' homes, but soap is not always available.

Meanwhile, per The City, a field technician for telecom company Altice USA, was diagnosed with coronavirus in March. The technician, Dexter Marshall, had visited several homes over a brief period when he began to feel sick.