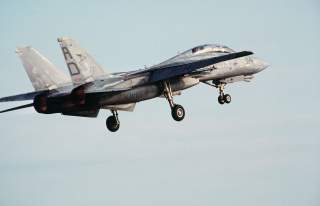 It is said that the IRIAF only have some twelve to fourteen operational F-14A and F-14AMs left.