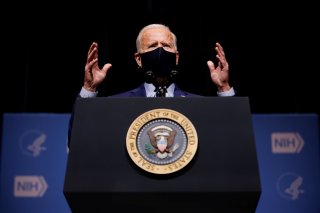 Add one more entry to the long list of challenges President Joe Biden faces: exerting discipline. Furthermore, the extent to which he successfully handles this challenge will deeply affect his ability to marshal all the others. Among the early signs of this challenge, which has bewildered many other administrations, is the fact that differences about the ways the United States should view and treat Iran and China are playing out in public.

New national security adviser Jake Sullivan emphasizes the urgent need to contain Iran, an issue that The Washington Post reported is now being debated among White House and State Department advisers. Sullivan is reported calling for an “accelerated response.” Secretary of State Antony Blinken has adopted a skeptical tone, saying on his first full day in office that a U.S. return to the deal is still far off.

During his confirmation hearing on January 19, Antony Blinken responded to a question about the Trump State Department’s eleventh-hour declaration that China is committing genocide against the Uighurs by stating, “That would be my judgement as well. Forcing men, women, and children into concentration camps, trying to in effect reeducation them to be adherents to the Chinese Communist Party—all of that speaks to an effort to commit genocide.” On January 27, Linda Thomas-Greenfield, Biden’s nominee for the position of U.S. ambassador to the United Nations, stated during her confirmation hearing that the State Department’s genocide designation was now under review. When Blinken was asked about her statement, he declared that he was standing by his position.

During her confirmation hearing, Director of National Intelligence Avril Haines struck a much less confrontational position, stating that “China is adversarial and an adversary on some issues, and in other issues, we try to cooperate with them, whether in the context of climate change or other things. And ultimately, the frame that the president elect has identified for thinking about this is as a global competitor.” Special Presidential Envoy for Climate John Kerry, is reportedly chafing at the bit to get going working with China to deal with the climate crisis.

Biden himself needs to continue to maintain self-discipline, which he does not always find easy. His administration promised to vaccinate 100 million Americans in his first 100 days in office—a goal that was quite achievable. Reaching it was going to provide him with an early victory lap of considerable import. Biden undermined all of this when, on January 25, he announced that he is now aiming to bring about the injection of 150 million vaccines in the same period, to the surprise of many of his own staff.

Biden also needs to keep his fellow Democrats in line, a task that is making herding cats look easy. The fact that there are only fifty Democratic senators means that, unless a bill gains GOP support, any Democratic senator can block any bill. Senator Joe Manchin (D-WV) already stated that he will not vote to end the filibuster “under any condition,” and he so far seems unwilling to support Biden’s proposed $1.9 trillion stimulus package, putting it in jeopardy even if the Democrats get around the filibuster by passing the bill through the reconciliation process (which requires a 51-vote majority).

On January 19, Representative Rashida Tlaib (D-MI) stated, “I think it’s really important to understand Israel is a racist state.” When Representative Ilhan Omar (D-MN) previously made anti-Semitic remarks, the Democrats tried to censure her but could not agree with each other and instead passed a resolution condemning all hatred. It was widely considered a weaselly response and a sign of weakness. This time, the Democrats did not respond at all.

Biden can learn from the experience of Jimmy Carter. I witnessed Carter’s inability to impose discipline firsthand when I worked in his White House. He let two of his Cabinet members to openly undermine his policies. Carter, finally, addressed the situation by asking the whole Cabinet to resign and inviting all but the rebelling two to return, all because he did not have what it took to fire the two. The world markets and governments thought that the U.S. government had collapsed, undermining Carter’s standing and U.S. positions.

In contrast, as Peter Baker and Susan Glasser show in their excellent book on Jim Baker, the reason he was able to run several successful election campaigns and serve as a masterful White House chief of staff and effective Secretary of State was that he was a tough disciplinarian, called the velvet hammer. When a staff member or Cabinet member so much as made one statement to the media that was off message, or reached out to Congress or the president out of turn, the person soon got a chewing out from Baker. If need be, they were taken to the woodshed by the president.

President Biden has shown that he is a caring, compassionate person. We are told that there is another Joe Biden who can be tough. The nation needs plenty of both.