One Nation Is Selling Off Its Chinese Combat Drones 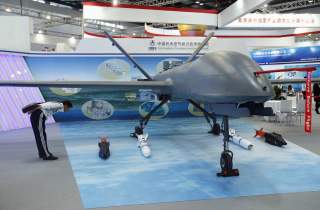 The Jordanian air force has put up for sale six Chinese-made CH-4B drones.

“The general command of the Jordanian armed forces ... announces its desire to sell the following aircraft,” the defense ministry in Amman stated on June 3, 2019.

Jordan bought the missile-armed CH-4s, which are broadly similar to General Atomics’ early-model Predators around 2016 after the administration of U.S. president Barack Obama rejected Amman’s request for MQ-1 Predators.

“Egypt, Saudi Arabia, the United Arab Emirates and Iraq have all acquired the CH-4B armed version, and the type has been employed widely on operations in Yemen and against Daesh targets in Iraq.”