The One (Old) Submarine That Could Completely Destroy North Korea 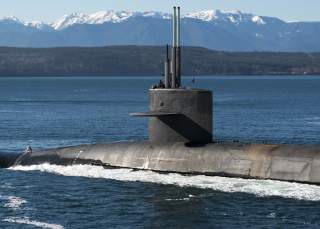 The Ohio class will serve on until the end of the 2020s, and may even receive some additional acoustic stealth upgrades until they are replaced by a successor, tentatively dubbed the Columbia class.

(This first appeared last January and is being reposted due to reader interest.)

Everything You Need to Know: North Korea's Submarine Fleet