This One Problem Makes Russia's Stealth Drone Not Very Stealthy 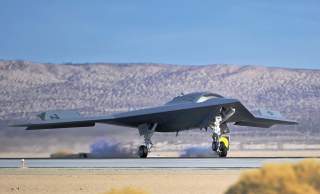