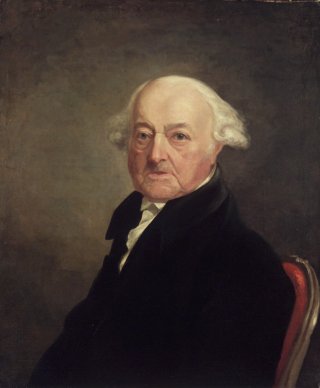 John Adams was notoriously difficult to be around. William Grimes wrote for the New York Times that “if you could bend time and space to hang out with the Founding Fathers, here's a tip: steer clear of John Adams.”

In spite of his cantankerous personality, Adams is unique for the way he defended his values without employing duplicity and deception for personal gain.

The same cannot be said for America's other early presidents.

Thomas Jefferson, for instance, was “disloyal and duplicitous” and a “supporter (of) the violent newspapers of the time” says Harvard Law professor Ben Heineman. It turns out Jefferson was more orchestrator than supporter. Jefferson's biographer and historian Jon Meacham explains in Thomas Jefferson: The Art of Power that Jefferson once recruited editor Philip Freneau to start the newspaper the National Gazette, with the purpose of assailing his political enemies without having to attach his own name to such attacks—a leap beyond the acceptable practice at the time of writing under a pseudonym. What’s more, Jefferson used that newspaper to also attack the policies of the very administration he was serving as Washington’s Secretary of State. Jefferson even subsidized Freneau’s National Gazette salary by hiring him as a translator for the State Department; meaning Washington's administration was paying the salary of the very man attacking them. Meacham notes that Jefferson was “dishonest about his support of Philip Freneau...preferring to mislead Washington rather than force a confrontation over the Republican attacks on the first president.” In time Washington grew to loath the National Gazette and referred to its editor as “that rascal Freneau.”

James Madison was every bit as guilty of the Freneau subterfuge as was Jefferson. Madison was Jefferson’s closest political ally and the two exchanged countless coded letters discussing and plotting against their political rivals. Though Washington had once been very close with Madison, he eventually regarded him “as little more than a pawn of Jefferson,” according to the Mount Vernon Ladies’ Association. Madison's biographer and Harvard Law professor Noah Feldman says that “Washington believed that Madison had betrayed him” over policy differences concerning a treaty the Washington administration had entered into with Great Britain. As was the case with Jefferson, Madison's betrayal of Washington originally played out behind Washington’s back. Feldman notes that despite his close relationship with the president, “Madison declined to tell Washington directly what he thought” about the treaty. Instead, Madison quietly campaigned against the treaty and later excoriated it before the House of Representatives. Soon after, “the relationship between (Washington and Madison) was at an end...all personal contact between the two of them ceased.” Feldman adds: “Madison was never invited to Mount Vernon again.”

Even the venerable George Washington himself could be two-faced, despite once claiming "that no man should ever charge me justly with deception.” Washington’s close friend, the Marquis de Lafayette, was an ardent abolitionist and, along with others, frequently lobbied Washington to join their cause. Washington, a slave owner himself, usually told Lafayette what he wanted to hear, at one point even committing: “I shall be happy to join you in so laudable a work” of “the emancipation of the black people of this country from the state of bondage in which they are held.” But Washington’s actions proved otherwise. Washington biographer and historian Ron Chernow notes in Washington: A Life the measures Washington secretly took to keep his slaves in bondage. For instance, upon learning that a new Pennsylvania statute would automatically free any slaves who resided in the state for six consecutive months, Washington devised a plan to have any slaves staying there with he or Mrs. Washington to cross the state line in time to ensure “the clock was reset, and another six months (would need) to elapse before they could demand their freedom.” Chernow explains that “to keep the adult slaves in bondage, Washington resorted to various ruses so they would not know why they were being sent home temporarily.” Chernow calls such “scheming” behavior “duplicitous” and “conniving” and notes that “such devious tactics ran counter to Washington's professed abhorrence of slavery, not to mention his storied honesty.”

Adams, on the other hand, never behaved that way because he lived according to his convictions. He said what he meant and he meant what he said and his friends and colleagues both loved and hated him for it. Benjamin Franklin once said that Adams was “always an honest man, often a great one, but sometimes absolutely mad.”

Indeed, in the biography John Adams, Pulitzer Prize winning historian David McCullough writes that “Adams could be blunt, stubborn, opinionated, vain, and given to jealousy,” but Adams stands out for standing up for his beliefs no matter what it cost him in the end. As one friend observed, Adams had “unbending integrity.” That's not to say Adams didn’t understand the politics of his day and react accordingly. As historian James Grant put it in his book John Adams: Party of One: “In revolutionary politics John Adams was no prude.”

But Adams’s uncompromising character gave him the backbone he needed to withstand the temptations of slave-owning that nearly every other Founding Father succumbed to. In fact, Adams and his son John Quincy are the only two of America's first twelve presidents to never own slaves.

Adams' resolve helped him to accomplish a great deal more, too. He wrote the oldest existing Constitution in the world for the Commonwealth of Massachusetts, championed American independence from Britain, was an integral Diplomat abroad who negotiated desperately-needed loans from the Dutch to keep America afloat during the war, shaped our founding documents, was the first president to father a president, and won the heart of Abigail Adams - surely one of the most brilliant and impressive figures in American history. Adams was also the one who made the signing of the Declaration of Independence happen, according to McCullough. “He got the Congress to vote for it,” he “chose the author,” and he was “the driving spirit,” behind it. “If Jefferson was the pen, Adams was the voice.”

Perhaps his most important achievement though was keeping America away from war with France during his presidency. Even though America was at its most vulnerable, many members of Adams's own party advocated for war. Adams stood his ground and was so proud of the peaceful outcome of his efforts that he once wrote to a friend “I desire no other inscription over my gravestone than ‘Here lies John Adams, who took upon himself the responsibility of peace with France in the year 1800.’” McCullough says that Adams “knew that if he did that, it would probably cost him reelection.” And it did. Though it wasn't the popular choice, Adams had the wisdom and resolve to do what needed to be done for the good of the country and historians across the spectrum still praise him for it today.

Adams once wrote to his wife: “I have no confidence in any Man who is not exact in his morals.” Exact in this morals is exactly who John Adams always was, no matter the outcome. It is one of the reasons McCullough defines Adams as “one of the most important Americans who ever lived.”