That One Time the NSA Droned a Guy 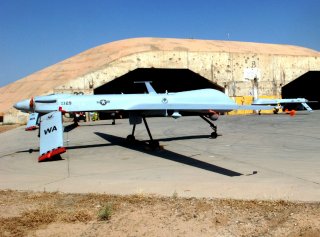 In June 2013 The Guardian went public with secret documents outlining the U.S. National Security Agency’s massive new effort to monitor the phone calls, email and other Internet traffic of potentially hundreds of millions of people.

And in at least one case in 2002, NSA phone intercepts helped U.S. agents kill a foreign terror suspect in Yemen.

On Oct. 12, 2000, a small boat pulled up alongside the Navy destroyer USS Cole moored off Aden, Yemen, for refueling. A bomb concealed on the boat exploded, tearing apart the Cole’s hull and killing 17 sailors.

The attack was part of Al Qaeda’s expanding campaign of terror against the United States.

For two years following the Cole bombing, the NSA listened for the distinctive voice of Qaed Salim Sinan Al Harethi, one of the suspected masterminds of the attack. James Bamford’s book The Shadow Factory is one of the best sources for this and other insights into NSA activities.

According to Bamford, the NSA’s silent search for the Al Qaeda bomber was accomplished by a mobile antenna array called Trojan Remote Receiver-38, set up at the U.S. military’s Camp Doha in Kuwait.

Run by six people, TRR-38 intercepted signals bouncing to and from the commercial Inmarsat satellite, in heavy use for Middle East satellite phone conversations. Calls captured by TRR-38 were beamed to an NSA databank where linguists and analysts could access them after just a few minutes’ delay.

The NSA had recordings of Al Harethi’s voice, so it knew what the terror suspect sounded like. The agency had also acquired a partial list of the phone numbers Al Harethi used. Automated systems alerted NSA analysts if one of the numbers went active. An analyst would listen to the conversation essentially live, hoping to recognize Al Harethi’s voice.

An alarm went off on Nov. 3, 2002. One of Al Harethi’s numbers was in use. An analyst cross-referenced the signal with GPS and pinpointed its source: the remote, lawless Mar’ib Province of Yemen.

The analyst called a secret CIA Predator drone team stationed in Djibouti, East Africa. As luck would have it, the CIA already had a missile-armed Predator on patrol near Mar’ib. The drone angled towards the GPS coordinates the NSA analyst provided.

Meanwhile, the analyst tried to match the voice coming over the satellite with what he knew Al Harethi sounded like. It didn’t feel right. It was Al Harethi’s number all right, but the man speaking was not the terrorist. “All of the sudden [the analyst] hears like a six-second conversation and it’s the guy, he’s in the backseat [of a car] and he’s giving the driver directions,” a source told Bamford.

The analyst recorded the call and quickly played it back for another analyst, who confirmed it: the second voice on the phone was Al Harethi, apparently in a car en route to somewhere in Mar’ib, with his driver handling the phone.

The CIA Predator was already on its way. Now it was cleared to strike. The Hellfire missile blasted the car, killing Al Harethi and several others. “The CIA took credit for that because it was a CIA Predator that fired the shot that killed the guy,” a source told Bamford. “But the way they killed him was an NSA analyst listening.”

The targeted killing of Al Harethi on the basis of an intercepted phone call surely helped cement the perception — now widespread in the federal government — that surveillance helps make America safer.

Or at least gives America the power to avenge acts of terror it fails to stop.