One of the World's Top Naval Experts Told Us All About a U.S.-Iran War 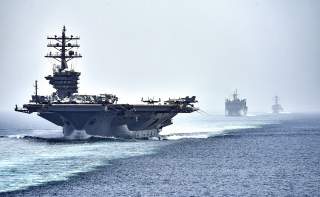 Much of the action has transpired at sea or in the skies overhead. Not so long ago, USS Boxer, a light aircraft carrier designed for amphibious operations, shot down an Iranian drone that approached to within one thousand yards of the vessel—presumably along a menacing intercept course. The downing took place scant weeks after Iranian anti-aircraft artillerymen brought down an American drone flying along the Iranian seacoast.