With Only His Grenade Launcher, One British Soldier Beat Back a German Tank Attack 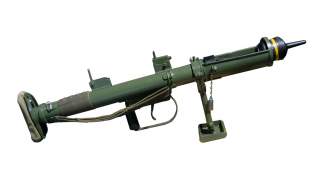