The Only Way To Save the Economy Is To Stop Coronavirus 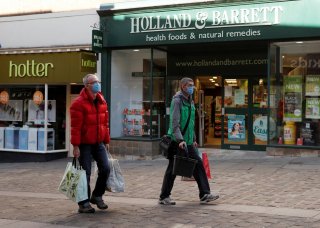 Since the US COVID-19 outbreak, we’ve been presented with a choice between two catastrophes: widespread disease and death or a second Great Depression. This is the kind of either-or thinking that plagues the human mind. We might be better off adopting a trade-off perspective between these two challenges and seeking a proper balance, recognizing that there will be significant, and sometimes tragic, costs no matter which side of the ledger we favor.

This isn’t the first time we’ve faced a dilemma like this. The historical record of the 1918-19 influenza pandemic offers some helpful insights into how the leaders and people who lived through that crisis thought about the problem, what they tried to do, and the long-term impacts of their decisions.

Economists from the Federal Reserve and the Massachusetts Institute of Technology recently published a working paper on the relationship between social distancing and long-term economic outcomes from the Spanish flu. According to the authors, the cities that locked down early and stayed locked down for a prolonged period rebounded more strongly than those who took less drastic steps. Cities like Los Angeles, Cleveland, and Minneapolis that imposed strict social distancing generally had lower death rates during the 1918-19 pandemic than cities like San Francisco, Pittsburgh, and St. Paul that imposed looser restrictions. The effects of lower mortality showed up later in economic performance. The cities that kept their controls in place for a longer period of time had higher employment levels after the pandemic than those with shorter interventions. The pain of social distancing, in other words, led to economic gain after the epidemic passed.

The authors make a number of notes clarifying that our economic and social conditions now are much different than they were a century ago. At the time, the industrial age was approaching its full flowering. There was a world war in progress driving much of the nation’s economic effort. One historian quoted in a New York Times article on the study noted that, unlike today, the media tended not to dwell on the impact and progress of the pandemic, helping to keep public anxiety in check. I’d also add that death was a far more prevalent, every-day reality during a time of war and limited medical technology. The deaths of loved ones from illnesses and diseases that we regard today as nuisances increased social tolerance for, and acceptance of, untimely death.

The economic point remains, however. Abraham Lincoln said, “Labor is prior to, and independent of, capital. Capital is only the fruit of labor, and could never have existed if labor had not first existed. Labor is the superior of capital, and deserves much the higher consideration.” In other words, our most precious economic resource is the mind and muscle that creates, builds, and delivers goods and services. As COVID-19 approaches its peak, conserving and preserving human life is not just the moral thing to do. It is the foundation of recovery and the best insurance for long-term prosperity.

This article by Brent Orrell first appeared in AEI.