Open Skies Treaty—What it is, and Why America Might Be Leaving 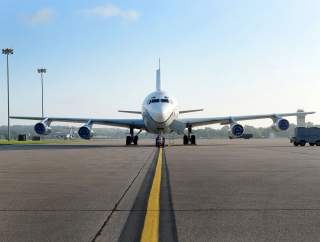 But what is Open Skies?

The treaty was originally proposed by President Dwight Eisenhower in 1955, but was not implemented until 2002 by George W. Bush, nearly fifty years later. The agreement allows countries who have ratified the treaty to conduct unarmed surveillance flights over other signatory’s territory using specially a variety of observation equipment. Not much warning is needed either, only a minimum of seventy-two hours prior notice.

All aircraft conducting overhead flights must be certified prior to take off. Specially modified aircraft, designated as Open Skies planes, must pass an inspection in which the aircraft and it’s observation equipment—a mix of high-resolution cameras, video, and synthetic aperture radar— are checked for compliance, ensuring that camera resolution and other parameters fall within levels determined by the treaty. Resolution is apparently comparable to that of commercial satellite imagery such as Google Earth.

The United States’ Open Skies aircraft is a modified Boeing WC-135. The OC-135B Open Skies has both high- and low-altitude cameras, infrared scanners, and ground- and side-facing scanned aperture radar.

One of the treaty’s essential elements states that overhead observation flights cannot be canceled or restricted for any reason, except when flight safety could be compromised—and certainly not for reasons of national security.

Theoretically, flights should be allowed anywhere in a signatory’s airspace—over Moscow, Washington DC, Area 51, Disneyland, you name it. The United States has conducted many more flights over Russia than Russia has over the United States (in 2016, 196 U.S. flights versus 71 Russian flights).

Once data is collected, an official copy is given to the country that was observed. Additionally, signatories that did not participate in the flight are given a flight report. Additional details concerning data gathered are available upon request.

The United States may soon withdraw from Open Skies and here’s why.

Both Russia and the United States accuse each other of violating one of the treaty’s core principles: freedom of navigation over any signatory’s airspace. The United States maintains that Russia barred flights over Kaliningrad, setting a limit of 500 kilometers from its eastern enclave. Additionally, the United States says that flights over Georgia’s border with Russia were restricted. Georgia is a signatory to the Open Skies Treaty—and is mired in an ongoing conflict with two Russian-back enclaves, Abkhazia and South Ossetia, both supported by a Russian troop presence.

Eye in the Sky

Withdrawing from Open Skies would not necessarily leave the United States at a disadvantage. American satellites are rapidly advancing, recent estimates put their resolution at ten centimeters per pixel, undoubtedly much higher than resolutions from film cameras snapped at 35,000 feet.

If the United States withdraws from Open Skies, the real disadvantage would be to countries that do not have an extensive spy satellite network to lean on absent Open Skies flights—and countries that have ongoing territorial conflicts with Russia.

Ukraine in particular benefits from data gathered by Open Skies flights over eastern Ukraine and Russia adjacent. Data gathered over the Russia-Ukraine border would be particularly useful in Ukraine’s ongoing conflict with Russia over control of the Donbass region.

Should I Stay or Should I Go?

Just as diplomats are used to facilitate and promote communication between countries, Open Skies was intended to promote transparency and build trust between the world’s two nuclear superpowers. Considering advances in satellite resolution, Open Skies has played an increasingly symbolic role. Still, building confidence and maintaining transparency is important. The end of Open Skies may be the last nail in the Russia-United States arms control coffin.