Operation Iranian Freedom: What Would Happen If America Invaded Iran in 2026? 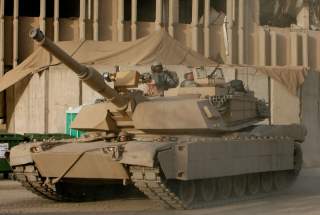 Key point: In an era of forever wars, this fictional account tells what it would be like to fight Iran. Needless to say, it would be no cakewalk.

While the average Iranian is no fan of their authoritative, theocratic regime, there is little support for a U.S.-led invasion. I don’t know how our presence will be perceived. The White House has wasted precious few words beyond their policy desire to remove the current regime from power. U.S. policy makers have been working with exiled opposition groups in Paris and London, but it’s questionable whether or not they will be credible with the political elite in Iran, let alone the average citizen on the street. Hopefully the majority of the civilian institutions will remain intact and we will not experience the same environment my father experienced after the Ba’ath party was dissolved in Iraq. My father said in retrospect to ensure continued regional stability we should have pursued a change of command from Saddam Hussein to someone else versus a complete regime change and eliminating the entire Ba’ath Party. It took the U.S. until 2018 to learn this lesson; the Ba’ath party was so well organized and institutionalized across so many layers of society, only they had the ability to quell their radicalized front.