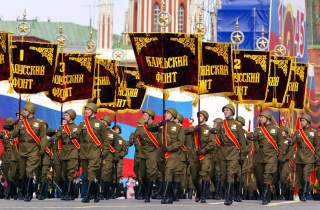 Key Point: Berlin would fail to cut Moscow off from Allied aid. The Nazis' inability to knock out the Soviets would doom them.

Sébastien Roblin writes on the technical, historical and political aspects of international security and conflict for publications including the The National Interest, NBC News, Forbes.com and War is Boring. He holds a Master’s degree from Georgetown University and served with the Peace Corps in China. You can follow his articles on Twitter. This first appeared in 2019 and is being reposted due to reader interest.