Optimus Prime Joins the U.S. Military: How 'Transformer' Robots Are Coming to a War Near You 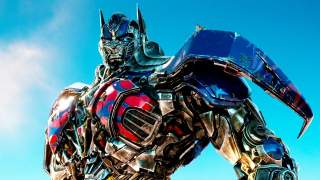 The U.S. military’s future robots may reshape themselves like Transformers – those popular shape-shifting robots from Hollywood movies and toys.

But DARPA doesn’t want Optimus Prime as entertainment. The Pentagon’s pet research agency wants robots that can reconfigure themselves on the fly as mission requirements change.

This means robots that can function in environments so difficult that humans fear to tread there. And not just function, but perform what DARPA terms “complex maneuvers.”

“An example of a complex maneuver could be: move over rocks/loose dirt, traverse a ditch, move through trees/bushes, mount a curb, and deliver a package in a precise location and orientation,” DARPA explains. “Designs should consider system approaches that are compact, lightweight, low  power, low cost, and appropriate for use as expendable assets, when necessary.”

While Optimus Prime is depicted as a 20-foot-tall bipedal robot that can instantly turn into various machines such as a cannon-armed fire engine, DARPA’s goals are more modest. The agency foresees machines that are less than 2 feet tall, weigh less than 25 pounds, can travel at least one kilometer and carry a payload of 2 to 10 pounds.

This sounds less like a giant combat robot and more like something that Amazon.com would use to drop off your package. Which is exactly where DARPA seems to be going with this.

The goal doesn’t seem to be developing a clever robot so much as a versatile one that’s smart enough to autonomously reshape itself into the optimum configuration for traversing uncharted terrain. “For example, as a robot transitions from rocky terrain to sand, it may sense the difference in terrain to prompt a reconfiguration,” DARPA notes. “Or, a robot may need to change configuration to shift from a crawling mode to a climbing mode.”

Thus, the robot will have to capable of recognizing the environment that it will need to traverse, and then know how to change itself into the optimum configuration. And some of those environments will be challenging. DARPA wants a design “capable of operating in a diverse set of terrains and situations. These may include rivers, lakes, subsurface tunnels, rocky, forested, highly sloped, and uneven terrains.”

In other words, an all-terrain robot that’s capable of swimming, entering underground tunnels and climbing mountains. However, the project doesn’t mention flying as an option.

Also notable is that DARPA is not seeking armed robots – or at least not at this time. A weaponized, reconfigurable robot would probably be larger than 2 feet and 25 pounds, if it were to mount any significant armament. Nonetheless, there is a parallel with aerial drones and ground robots that started with reconnaissance and cargo missions, and ended up being armed with anti-tank missiles and cannon. If DARPA can develop a small cargo robot that can reshape itself as needed, there is no reason why a larger, reconfigurable combat robot couldn’t be developed in the future.