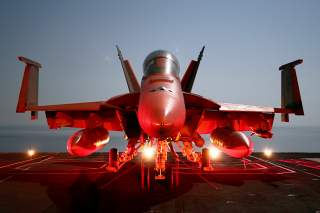 Roland Garros enjoyed an exciting life. An aviation pioneer in the early 1900’s, he taught himself how to fly a bamboo airplane despite crashing it at Versailles. He was a world-class athlete, a lawyer who wouldn’t learn Latin, a sports car salesman on the Champs-Elysée, an airshow pilot and racer. He demonstrated flight to huge crowds up and down the Americas.

Ultimately, Roland Garros became the world’s first fighter pilot. Leaving his comfortable life in Paris, he flew and fought in the lethal skies of the first World War.

As told by Ed Cobleigh in his book The First Fighter Pilot-Roland Garros, during the conflict, in fact, Garros, Jules Hue, and Raymond Saulnier believed the deployment of a single-seat fighter plane mounting a machine gun ring would change the war. Nevertheless, they could not demonstrate a working synchro device. The team fell back on plan B, a method of firing through the propeller which, while not an elegant engineering solution, did work after a fashion. Garros hoped to prove the combat utility of a fixed gun with the jury-rigged mechanism. Success would open eyes and wallets for more development. Together with his trusted mechanic, Garros reported to MS 26 squadron and obtained permission to try his idea in combat, the only pilot authorized to do so.

When not flying, Garros worked with Jules Hue in a hanger used to store spare parts, determined to solve the propeller/gun problem. They fabricated two triangular steel plates fixed to the rear surface of a propeller. Each plate would shield the fragile wood underneath from bullet impact. The plates’ surfaces featured metal grooves designed to catch a bullet and sling it outward instead of allowing a ricochet back at the pilot. The miniature shields were attached to the propeller hub by steel straps. The whole assembly needed to be carefully balanced to prevent violent rotational forces. Raymond Saulnier calculated only 5-10% of the gun’s hot lead output would strike the propeller. The plates did not need to deflect constant impacts. Deflector plates were a brute-force method of firing through a prop arc by diverting a small number of bullets, but would they work in combat? Remarkably, Garros and Hue’s original device survived the war intact and is on display in Germany, of all places.

Garros’ and Hue’s first gun-equipped aircraft was rolled up into a crumpled ball by a thunderstorm while the craft was parked outside. They salvaged the modified propeller and mounted it on another airframe, the first true fighter plane. The first of April 1915 dawned clear and cool. It was time to try the deflector plates, which had only been ground-tested. Garros and Hue knew their bit of ironmongery did not represent the final solution. Its purpose was to demonstrate the tactical utility of the true fighter plane to the generals and the money-men.

They would be wildly successful, just not for the side they fought for.

Thanks to his machine gun system, by Apr. 18, 1915 Garros had three kills under his belt. At this time, the entire French Air Force had managed to down five German planes. Roland Garros accounted for three of these. Never before had a lone pilot hunted other men in the air.

Flying a second sortie on Apr. 18, 1915, behind enemy lines, at low altitude, looking for victory number four, Garros’ engine quit. Some accounts attribute this to a plugged fuel line, other, mostly German, reporters say he was shot down by ground troops, that a bullet severed a soft copper tube. In either case, he was forced to glide to a landing behind the lines in occupied Belgium. Aviators of the Great War carried matches for just this situation. They were to torch their aircraft preventing the bird from falling into enemy hands. Destruction was supposedly easy to do with dry wooden structures covered with highly flammable doped cloth. Garros set his Type L alight, but the fire did not burn quickly enough. German foot soldiers soon came running, captured Garros at gun point, and extinguished the flames. Cold, wet spring weather probably dampened the craft’s fabric, preventing a quick bonfire. Crucially, the armored propeller and gun survived. Both were forwarded up the chain of command, the ground troops were clueless as to what these strange devices meant to the war effort, but they sensed the bits of ironmongery weir important. They were indeed.

Roland Garros’s exploits, the downing of three observation ion planes in less than three weeks, attracted the attention of French command authorities. He received a commendation from General Foch, the Deputy Commander of the French army. However, for some reason, his exploits were treated as an outlier, the actions of a random hero, not the start of a new phase in warfare.

The Germans, on the other side, paid close attention to the tactical implications of Garros’s successes. It was their men and aircraft that were shot down. Garros’s propeller with its deflector plates after removal from his aircraft, was closely examined by an intense young man with a reputation as a brilliant engineer, a good pilot, a smooth social operator, but a man with questionable business ethics. His name – Anthony Fokker. After learning of Garros’s skein of kills and viewing the armored propeller, Tony Fokker sprang into action. His success resulted in a disaster for Allies and a triumph for the Central Powers. Fokker, a renegade Dutchman, soon unleashed the infamous Fokker Scourge.